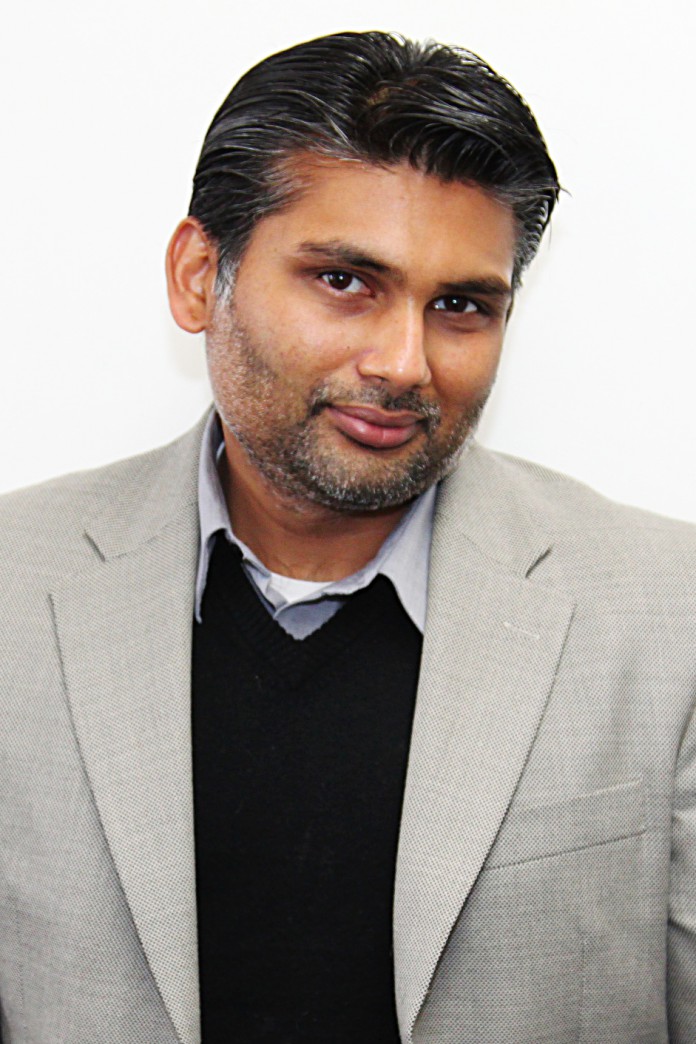 Professor Luke Theogarajan recently won “The New Innovator” $1.5 million research award from the National Institutes of Health (NIH), a medically funded institute that is part of the federal government. Professor Theogarajan beat out various other applicants in a competitive application and review process to win the award, the first for UCSB.

The New Innovator award is a publicly funded research award that evaluates ideas with the potential to radically change healthcare. Most proposals are highly risky experimental ideas that normally wouldn’t be approved for regular grants–this is an award for those who dream big.

The content of the award is a 5-year research fund amounting to more than $1.5 million, since it also funds overtures in addition to direct research costs. The total amount comes out to a staggering $2.2 million.

Amazing breakthroughs are expected from Theogarajan, especially since there is so much researching freedom.

“NIH is pleased to be supporting the early-stage investigators from across the country who are taking considered risks in a wide range of areas in order to accelerate research,” said Collins. “We look forward to the results of their work.”

The award itself is four years old, and past winners were mostly doctors or medical researchers who taught at prominent medical schools throughout the country, which made Professor Theogarajan’s win even more unique and special. He is an associate professor of Electrical and Computer Engineering (ECE) at UCSB and was heavily involved in the development of the Pentium 4 processor.

“The goal is to restore a useful level of vision to blind people. Blindness can be caused by a variety of factors, but mainly I wanted to focus on age-related macular degeneration, which is a major cause of vision loss in the U.S.,” he said.

“I used my background in electrical engineering to examine the current electrical interfaces used in visual prosthetics, and found inefficiencies that were mainly due to their foreign nature in a biological environment.”

After discovering the problem he wanted to solve, Professor Theogarajan applied a multi-disciplinary approach toward finding a solution.

“I came up with the idea of using a chemical interface to more naturally interact with the neural pathways of the eye, making the prosthetic last longer and work more efficiently. This way we can artificially communicate with the neurons more effectively,” he said.

Theogarajan was mildly surprised that he won the award.

“I had some indication of how I was doing in terms of the application process,” he said. “The reviews went well, and by August, I knew I had about a 50/50 chance of winning the award. However, I didn’t hear any updates until nearly a month later, so it definitely came as a bit of a surprise.”

When asked about his personal feelings about the award, Theogarajan was modest and kept things in perspective.

“I’m very grateful for the award, very grateful,” he said. “I’m also very humbled, and I want to make sure to use the research to help people to the best of my ability. That’s the main goal; to help people and to give students a chance to participate in something practical and that will really improve lives. It’s a win-win situation for me.”

UCSB is renowned throughout the University of California system as a hotbed of brilliant scientific research. The Kavli Institute for Theoretical Physics is one of the most renowned institutes for theoretical physics in the world. Past faculty members and directors include Nobel laureates Walter Kohn, David Gross, Robert Schrieffer, and Frank Wilczek.

This intellectual backdrop, when combined with a pleasant climate and beachfront view, serves as a potent enticement for first-class professors doing groundbreaking research.