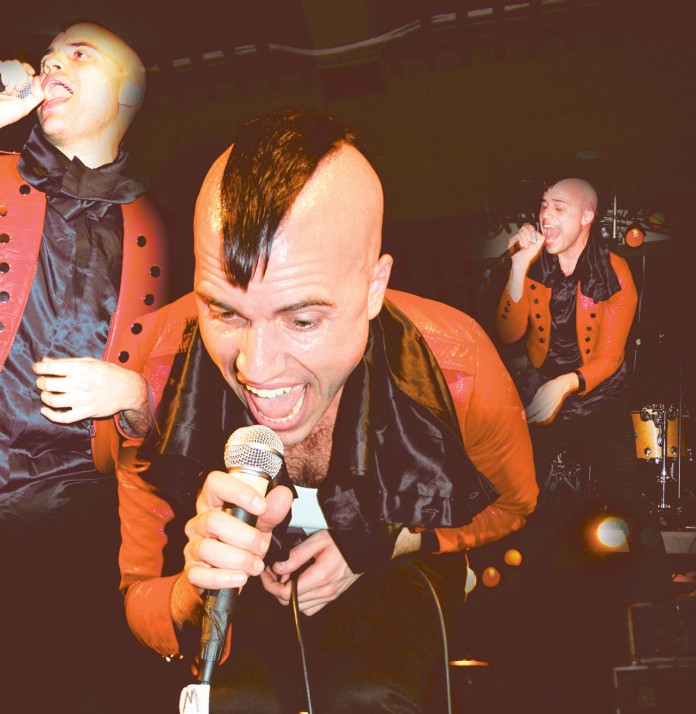 Chart-topping band Neon Trees, whose single “Animal” propelled them into the realm of mainstream pop, was featured in The Hub on Friday, November 12. “Animal” peaked at number 13 on the Billboard Hot 100 list and helped the band’s 2010 album Habbits go platinum in a day and age in which CD sales are bogged down by illegal downloading.

When asked about the band’s surge of success, lead singer Tyler Glenn said, “It’s been great. It’s absolutely mind boggling to see our band up there with Katy Perry, Maroon 5—all these crazy popular bands. It’s just wild.”

People who only know Neon Trees from their single may be tempted to write them off as just another alternative pop-rock band with nothing more to offer than a contrived image and radio-friendly songs.

To set the record straight, these guys are outstandingly talented live performers and genuinely soulful rockers. The crowd’s wild energy was a testament to the band’s powerful charisma. People were fist-pumping, dancing, and ecstatically singing along to every word of “Animal” unlike the timid, awkward crowd that was in attendance during Portugal. The Man.’s performance at The Hub only a week prior.

Also, while many of today’s artists enhance their recorded voices with Auto- Tune, not one bit of Glenn’s vocal quality was lost compared to what you would hear on the album.

“I was really impressed with how well they performed their songs. They were way better live than I thought they would be,” concert attendee An Bui said.

It’s this kind of authentic musicianship that sets Neon Trees apart from many  other popular bands, but it isn’t the only thing that makes them unique.

All of the members of the band are Mormon, and while religion is never overtly addressed in their music, it does have a significant impact on their lifestyles and the way they carry themselves as a band by helping them to stay clear-headed and keep things professional.

“We don’t necessarily try to monitor each other or judge. We all just prefer living clean lives and don’t drink or anything,” said drummer Elaine Bradley. “It’s all about just having a good time performing. That’s our drug— the performances. You won’t see us in IV tearing it up (laughs).”

Be sure to check out Neon Lights’s newest single “1983” if you haven’t done so already, and keep a look out for future performances at The Hub.