Home A & E The Importance of Author-Fan Relationships 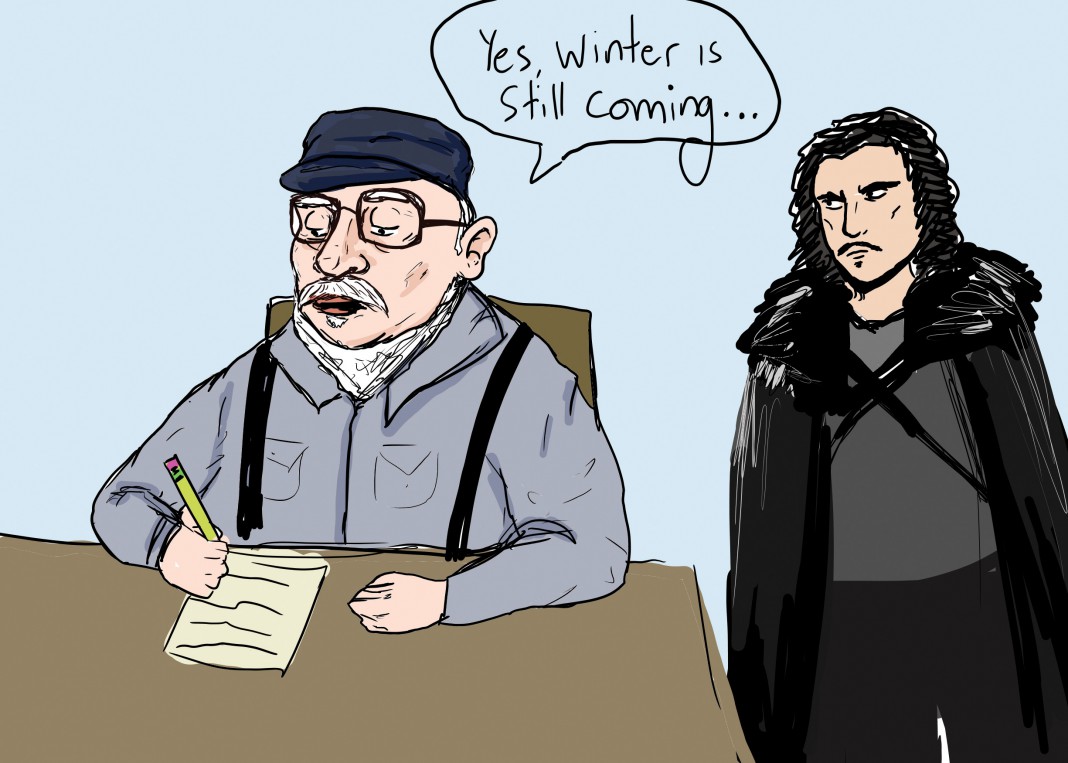 On Jan. 2, George R. R. Martin posted an update on the status of the next book in his series, A Song of Ice and Fire. “You wanted an update,” he says. “Here’s the update. You won’t like it. The Winds of Winter is not finished.” The next installment in the series will not be published until after season six of the corresponding HBO television series, Game of Thrones, has premiered. Surprisingly, this update was met with tremendous support from fans.

“Just keep on truckin’,” said one, according to Tech Insider. “The fact that you’re working hard is enough to sate me.”

“Love your work, George!” said another. “Get it done when it’s done. I’ll be there.”

Writing, as many would tell you, is rarely ever a straightforward process. It is never as simple as coming up with ideas and then simply putting them down on the page. It’s a continuous process of writing, editing and rewriting — of course, with frequent bouts of frustration and insecurity — and it doesn’t end until the work finally leaves the author’s hands when it is published, only for it to start all over again with the next work. For someone like George R. R. Martin, who’s working on a series of multiple dense novels, the process will not end until his last book is published. It would be easy to pester him for quicker updates — no doubt that some already do — but it’s surprising to see how well his readers are taking the delay before his next book is published.

Once a book is placed in the hands of the reader, it no longer truly belongs to the author. It belongs to the reader, and the audience is free to interpret the book as they see fit. Theoretically, once that point is reached, any additional input from the author will not hold the same weight as what is already present in the book, though fans will likely hold the author’s words to a higher standard than those of any other fan. Just look at J. K. Rowling— just recently, she responded positively to the casting of a black woman to play Hermione Granger in the new Harry Potter play, Harry Potter and the Cursed Child, after years of fans devising their own theories concerning the characters’ races and ethnicities.

It’s the continuous relationship between the author and the readers that allows works to expand and even transform. There is some give and take involved, especially when it comes to long series like A Song of Ice and Fire and Harry Potter; while authors will likely already have at least some idea of the direction their story will go, it’s the fans’ continuous input that helps them move forward. Both parties benefit from this, and these relations don’t stop even after everything is published. It makes books so much more personal — less commodified — than other products that people consume.

Maybe the surprising amount of positive feedback George R. R. Martin received despite the bad news will turn the next installment to his series into something better than he originally planned. Clearly, his work has already had a tremendous impact on his fans, considering the amount of support he’s received, and his fans’ encouragement seems to have touched him as well.