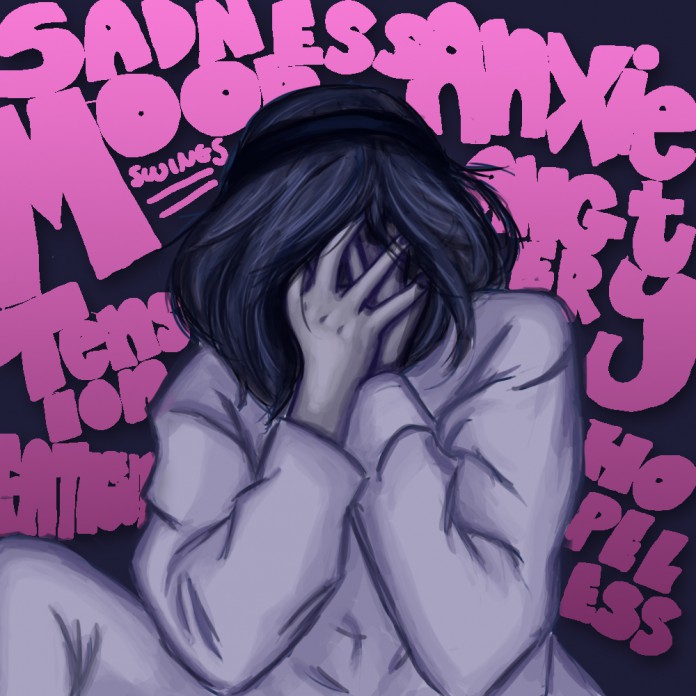 Half of the population has probably been in this situation: laid up on the couch, chocolate ice cream in hand, probably crying from some touching TV commercial that involves a dog or maybe a baby. To make things worse, this pervasive phenomenon strikes the majority of women once a month for at least 30 years.

Have you guessed what I’m talking about? Hint: it’s related to periods. For some women, the PMS, or premenstrual syndrome, symptoms that I described above seem like a cakewalk. The symptoms experienced by women with PMDD, or premenstrual dysphoric disorder, can cause significant impairment in their work life or home life. Luckily for these women, they no longer have to suffer in silence. PMDD has been officially recognized in the newest version of the Diagnostic and Statistical Manual of Mental Disorders.

The DSM is a tome compiled by experts in the field of psychology that sets out the standard criteria for the classification of mental disorders. In the previous version of the DSM, PMDD was categorized as provisional and placed in the appendix of the text due to a lack of adequate research. However, as the DSM-5 released a few months ago demonstrates, PMDD is now certifiably a mental disorder.

The statistics here are staggering. According to various estimates, 5 to 8 percent of women suffer from PMDD, PMS’s meaner older cousin. To put the numbers in perspective, that’s between 15 and 25 million people in the United States alone who experience PMDD.

Making this condition more visible and more treatable will improve the lives of millions of women. Sure, there will always be people who will take any excuse to talk down about women, but adding this to the DSM increases visibility to doctors, insurance companies, and peers.

“It is complex to assess what the positive and negative outcomes for women may be with this diagnosis because women’s experiences with menstrual health differ widely,” said Laury Oaks, a feminist studies professor at University of California, Santa Barbara. “For example, those women who have sought relief from extremely disruptive menstrual phrases, official DSM-5 recognition and a diagnostic category acknowledges that the problem is ‘not all in her head.'”

Women with PMDD are certainly not imagining their symptoms, or trying to garner sympathy for PMS, which affects 40 to 50 percent of women. The main distinguishing factor between PMDD and PMS is the involvement of a brain chemical called serotonin. Emotional symptoms include feelings of sadness or despair, anxiety, frequent mood swings, trouble focusing, and intense physical symptoms include bloating, headaches, and joint and muscle pain.

At first glance, symptoms of PMDD appear remarkably similar to symptoms of depression. However, recent evidence conclusively demonstrates that PMDD a separate diagnostic entity that deserves its own diagnostic category. Prior to this recategorization, PMDD was treated simply as a low-level depression that got worse around a certain time of the month. Historically, women’s health issues have been marginalized. In a statement that echoes Oaks’, Alan Fridlund, a UCSB psychology professor, said that women with PMDD have been “sent to a psychiatrist as though the problem were illegitimate or imagined.”

Though this diagnosis may be misused by people to rationalize their own opinions, making PMDD diagnosable legitimizes a problem that many women experience. And although every diagnosis is open to abuse, this disorder can be easily treated with common and safe SSRIs such as Zoloft, Lexapro, or Prozac.

“The signs and symptoms of PMDD can make it especially challenging to maintain the roles of coworker, caretaker, partner, parent,” said Fridlund. “The new legitimacy of the diagnosis may give women the courage to seek the help they need.”

Elon Musk Buys Out Twitter: For Better, or For Worse?

What Nobody Tells You When You Transfer