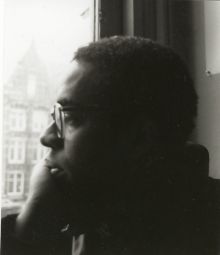 “Technology is a weapon to make playable all kinds of unplayable music,” began Celio Vasconcellos on April 18 at room 2215 of the University of California, Santa Barbara’s music department. When asked why he thinks it is a weapon, he replied, “You must be very wise when you use this weapon.”

From there, he delved into a lecture about the music he creates, and the technology behind it.

Sometimes it seems like technology has completely taken over the music we listen to, leaving only a little room for traditional instruments. However, Vasconcellos does not make the electronic music that parents of 20-something partygoers love to hate. Rather, he uses computer technology to compose pieces for a player piano, an instrument that has been around since before those parents’ parents were born. His player piano is a sleek K. Kawai baby grand.

The lecture was intimate; only four people showed up to listen to him speak, but three seemed to have prior knowledge of Vasconcellos and his work. He spent his time explaining the programs he and other musicians like him use to make music on computers, detailing specific programs that enable algorithmic composers to make computer music sound like human music. Some of the programs he talked about use knowledge-based systems that allow the user to “isolate the aesthetic code of a certain genre,” he said. There are also learning-based systems which rely on the user or programmer to create examples to learn from. He encouraged everyone to come to his April 19 concert to see these programs in action.

The turnout for the concert the next day was larger than expected, drawing in about a dozen people. The people who came all sat on the stage, taking advantage of a unique perspective that allowed them to see the keys of his baby grand piano move up and down after he pressed a button on his computer. Seeing a man click something on a computer, only to sit down and listen to a piano play music composed by various people, would have been a strange and uninteresting sight from the seats in Lotte Lehmann Concert Hall. From the stage, however, we could see Vasconcellos interact with his music, almost as if he were the person performing it, moving his head and drumming his fingers against the side of his chair while the piano produced more notes than a person with two hands would have been capable of.

The compositions were surprisingly fluid. The computer programs Vasconcellos used successfully performed with the emotional expression expected of a live performer. Some pieces were slower and more somber, some faster and jovial. However, the performance was distinctly electronic because it completely exceeded what we can expect a human performer to do. Most of the songs were impressively cluttered with notes, too many for a single person to be playing. At times the capabilities of the player piano and the programs used to operate it outshined the compositions themselves.

The last song was not a composition, but a live improvisation. During this “Roboard Jam Session,” Vasconcellos played along with the player piano on the keyboard set next to it. It was the first time he touched anything other than his computer. He had to teach the player piano how to play along with him. It followed successfully for the most part, though he did have to press one note on the piano to correct a slight stray. The computer programs were impressive, but his live interaction with them was truly the real performance of the night.