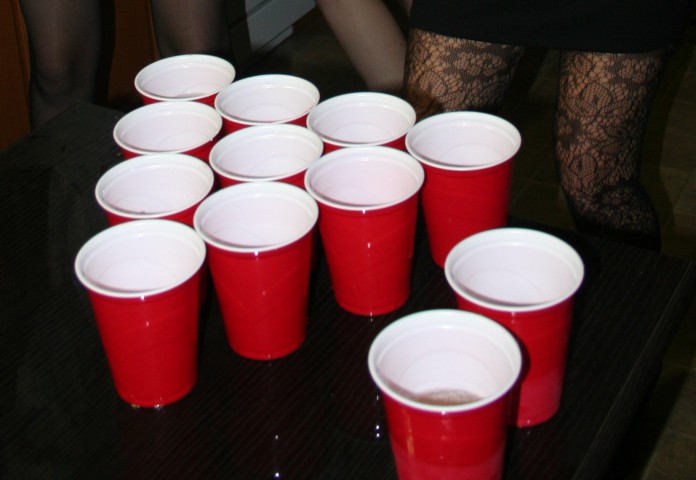 College students seem to be very familiar with all sorts of drinking games, but what students don’t know is the games they choose to play have the ability to say much about themselves, their personalities, and the type of drinker they are. Does this mean that you are what you play?

Loyola Marymount psychology professor Joseph LaBrie conducted a study which revealed truths about the different types of games that college student drinkers play, as reported by the San Francisco Chronicle. Among the 3,421 students who were surveyed, there were over 100 different types of drinking games presented by the students.

College students who fell under the “highest-risk drinker” category tended to seek out competitive games, such as Beer Pong, Flip Cup, or Cranium. Students who are usually “less-risky drinkers” usually choose to play games that involve drinking under certain rules only, such as Drinko, Pyramid, or Circle of Death.

“It’s easy to get caught up in the many drinking games because of the party scenes in Isla Vista,” Lyndsi Ibarra, a first-year communication major, said. “One may not completely understand the dangers that come along with drinking games, because within that time period they think it’s fun.”

According to the website College Crunch, the top five riskiest drinking games played throughout colleges around the world are Vodka Eyeballing, Power Hour, 21 for 21, 60 Seconds, and Edward Fortyhands. Vodka Eyeballing was originated in the United Kingdom and is starting to become more well-known in the US. Power Hour is a game in which alcohol is consumed at a fast rate, and the effects appear almost immediately. A similar game, 60 Seconds, also features rapid alcohol consumption. In 21 for 21, a game usually played on one’s 21st birthday, the drinker takes 21 shots of vodka for 21 years of life. Edward Fortyhands asks the players to tape two 40 oz beer bottles to their hands and requires them to finish the bottles off before being able to do anything else.

These risky behaviors are potentially more serious than one thinks of them to be. LaBrie reported that about 2,000 college student deaths are alcohol related, as well as 600,000 student serious injuries.

“Prior to college, I did not realize how dangerous drinking was. Now that I have seen the consequences of mass alcohol consumption, I am aware that it is essential for people to drink responsibly,” said Taylor Berry, a first-year biology major.

LaBrie says in the San Francisco Chronicle article, “Now [that] we know which games are more likely to be played by high-risk drinkers, we ought to take the information in this study and include in our [risky student behaviors] prevention efforts.” With this information LaBrie hopes that we find effective ways to reduce the risky behaviors of students.