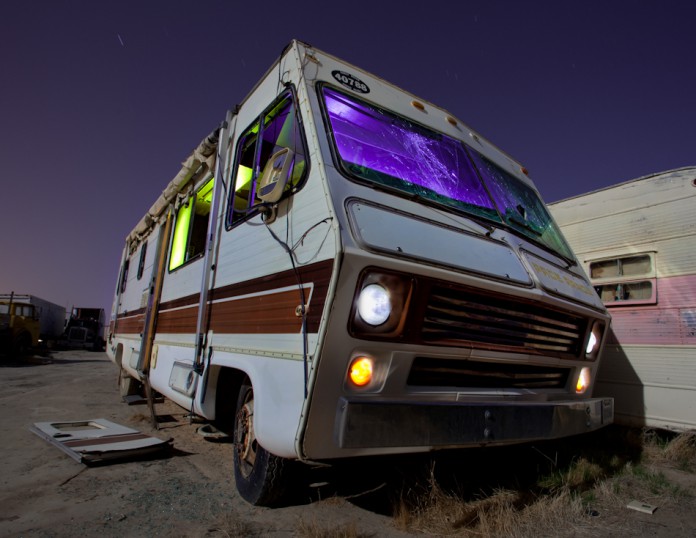 You didn’t ask, but let me share with you some of my favorite TV shows. I’m addicted to “Castle” right now, and I love me some “Sherlock” (the BBC one). I love “Game of Thrones” and I recently started watching “Dexter.” Also, I’m hooked on “Breaking Bad.” General bad-assery aside, the one characteristic that all these shows share is that they are violent. If they aren’t showing the violence on screen, they’re talking about it. If they’re not talking about it, it’s probably because they’re off doing it. Violence started off by slowly creeping into mainstream television, but now it’s more of a freight train running people over with the intense violent imagery. A person’s head gets chopped off on screen? Ouch, sucks for them.

The problem with TV is that it misrepresents what violence looks like. What with the fast editing and camera angles, it’s less horrible and more of a choreographed dance of a fight. It’s exhilarating watching it, but it’s also extremely desensitizing. I was talking with a friend the other day about the film “Django: Unchained,” purported as Quentin Tarantino’s most graphic film to date. I asked her how she felt about watching the gore onscreen, and she chose “uncomfortable” as the word to describe it, but only for the first half hour or so. After that, she got used to it and actually enjoyed it.

This sort of thing isn’t uncommon at all. Violence is something that humans enjoy, going back far in history. The Romans used to make gladiators fight animals such as lions in an arena, and everyone would spectate. It was a bloodier, fatal version of the NFL. Audiences weren’t forced to go see this spectacle; it was for their entertainment.

But we cannot say that we enjoy watching people kick the crap out of each other, because it’s not ethical. There has to be justification for the enjoyment of violent shows. In most TV shows that feature violence, it’s all about good guys and bad guys, and the good guys win. In “Dexter,” the protagonist is a man with homicidal tendencies, so what does he do to justify it? He kills the bad guys instead. Cop shows? All of them are about justice prevailing. TV can even glamorize police brutality, such as “Law and Order: SVU”’s character Detective Stabler, who you can often find in an interrogation room holding up a suspect against the wall and screaming obscenities and threats. TV shows make the world so black and white, with good guys and bad guys—making violence far more justifiable in this less complex alternate universe.

However, I didn’t always used to watch any sort of violent TV shows. Probably the most violent thing I watched when I was a kid was reruns of” M*A*S*H,” and it was only violent in any sense of the word because it took place during the Korean War. I don’t remember actually seeing much violence on screen besides hearing gunfire in the distance. So what changed between the 1970s and today, with the amount of violence on our screens?

Charles Mullin, a lecturer in the department of communication, explained what the excess of violence on television says about our society. An expert in mass media communication, Mullin studied violence on television in the 1990s. To him, the prevalence of violence on TV is due in part to demassification. Before cable TV, the broadcast networks (ABC, NBC, CBS, etc.) would create unobjectionable and rather bland television with the sole purpose of being just about as good as the next network and absolutely inoffensive. TV used to be far more cautious than it is now.

However, with the invention of cable networks—which cater to different preferences—broadcast networks have lost their large audiences and target a portion of the population. Therefore, instead of broadcasting, it has become more acceptable for them to “narrow-cast” for certain types of viewers. He says, “TV has become more edgy, because broadcasting has to compete with cable; broadcasting has changed their model, upped the ante, and are now more edgy. They are less anchored to any cultural norms.” On the downside, they have been allowed to become more violent, but Mullin was able to look on the bright side too. “It’s a lot smarter television now. Broadcasting has to catch up with cable, so yes it’s more sexy and violent, but it’s also smarter. Having a more specific audience means that the networks can change their model that previously focused on quantity and focus more on quality.”

Maybe shows have been smarter and stronger in terms of content, but their boldness has translated to spectacle. TV shows tend to sensationalize violence, and it causes us to become jaded to the point where it doesn’t bother us all that much. Another day, another body. We want it and crave it; violence is largely due to consumer demand in these narrow-casted networks.

So what does violence on television say about our society? The jury’s still out. I don’t think it necessarily makes us more aggressive in daily life. But I also think that violence on TV reduces our emotional reactions toward violence in real life, like wars. So until the jury’s back in, I’m going to sit on my couch, eat my ice cream and watch the carnage onscreen. I’m pretty sure that all the TV shows combined have probably killed the population of the earth once over, but who cares. As long as they don’t hurt the puppies, all’s well in the world.

Photo courtesy of David A Evans