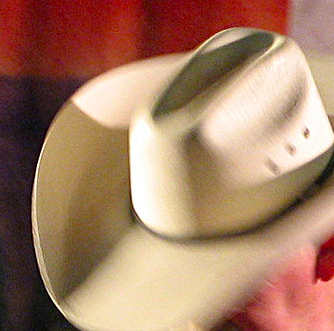 Often called the original “Brokeback Mountain,” Andy Warhol’s “Lonesome Cowboys” is humorous and entertaining. This film is the last of the Andy Warhol film series put on by the Carsey-Wolf Center, and was shown at Pollock Theater on Wednesday, Nov. 7. It is also the last film made by Warhol, because he was shot in June 1968 and forced to edit “Lonesome Cowboys” while recovering from his injuries.

“According to the original publicity poster, ‘Lonesome Cowboys’… represents ‘the true story of men among men and the woman who tried to interfere,’” representatives of the Carsey-Wolf Center stated in a handout given at the showing.

At first I was confused about the storyline, or the intended storyline. It was supposed to be a Western spin on Shakespeare’s “Romeo and Juliet,” but the only constant themes are the Western clothes, nudity and beautiful boys. I understood it was set in the Midwest and was about cowboys and a girl named Viva, but it was hard to follow the plot and the character’s personalities in detail. Paul Morrisey, an American filmmaker and a Warhol superstar, even wrote a script for “Lonesome Cowboys,” but it was never used by Warhol. In fact, I felt that Warhol did not care too much about the narrative or dialogue at all. He seemed to use an idea or theme and film his cast in their natural environment—or, depending on the situation, the most natural they could be. In retrospect to “Screen Tests,” “Kiss, “Blowjob” and “Chelsea Girls,” Warhol not only uses a hands-off approach in directing, but also lets the plot change or disappear entirely. In order to enjoy Warhol’s films, I had to stop looking for a tangible story and take the raw, stripped-down beauty of the scenes, actors and dialogue individually.

“Andy had a camera on a tripod and had a little device… an on and off switch. So he would watch…be filming…and turn [the camera] off…maybe watch again and turn the camera off. People didn’t know if the camera was on or off,” said Julian Burroughs, who appeared in “Lonesome Cowboys” and was present at the showing. “I think you could see a lot of people would play into the camera…that’s how we got our little moment of fame…and if you get his attention, you could get on the film.”

Warhol continued to break gender roles, social norms and stereotypes through each character chosen for “Lonesome Cowboys.” Their “acting” is rarely scripted and is more role-play and improvisation. The characters in the films are pretty much being themselves, just in cowboy clothes. The film has many aspects to ponder about, whether it was the scene itself or the message it was sending. Controversial scenes include the opening scene with almost full-on nudity, a rape scene, cross-dressing scenes and more; Warhol redefined and mocked society’s definitions of social norms throughout the film.

Even the filming process itself was controversial, as Warhol was investigated by the FBI as tourists and onlookers alerted authorities of obscene occurrences. The FBI files ran investigations under some charges such as one that stated, “… everyone was gathered around the corral area. They were taking various shots and poses. They had sound equipment recording all the conversation. The language was vulgar and ‘hippish’…One fellow…stated that he enjoyed sexual relations with a horse more than he did with a man or girl….The man with the receding hairline and large head was on a horse and another man was up in a tree hanging by his feet and was kissing this large-headed man on the lips…” Although the FBI and onlookers found pressing charges on these things warranted, I found them intriguing and even humorous.

The characters stated insightful remarks about people, such as, “Money is for someone without character and can’t get any f**** without it.” Or, “You feel lonesome. You can’t find anybody that you love more than yourself. So you’re lonesome…and it’s the best feeling in the world.”

The movie wraps up as one of the characters decides to leave the cold, hard West and another character tells him, “You’re running away.” In which he replies, “I’m happiest when I’m running.” Clearly, this cowboy felt in his element when separated from the rest of the pack—and in a way, so was Andy Warhol.