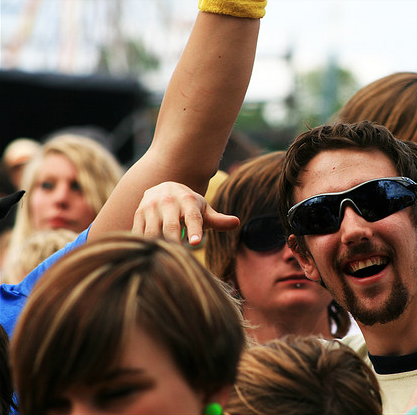 I recently watched “V for Vendetta” for the first time, and spent the following weeks deep in thought about what it would be like to overthrow the government. Stop, hold on, no. I’m not trying to overthrow our government—yet. It’s just that every time a Republican congressman opens his mouth and says things like women’s bodies will shut down and reject rape sperm if they are raped, or that if a woman is getting raped, they might as well enjoy it, it makes me wonder what kind of people we have elected into government, and what kind of country I live in.

It isn’t exactly a fascist dictatorship where people are being oppressed in the “1984,” “Brave New World” kind of way, but I see things like war veterans not getting the benefits and care that they obviously deserve going to battle on behalf of the U.S., and then being thrown to the curb when their tours are done. I wonder how I can live in the land of the free, the home of the brave, but the people who are in charge are cowardly and bigoted. I want to fight back.

Anybody can see just how stupid, ridiculous and generally horrendous these comments are. However, these comments are being made, and by the people in power! That’s the part that terrifies me. So then I started wondering: would people revolt? Would we take up arms and storm the Bastille that is Congress?

America was founded on the premise that a government that does not promote the best interests of the people is a government not worth having, so in the Declaration of Independence, the clause was built in: “whenever any form of government becomes destructive of these ends, it is the right of the people to alter or to abolish it, and to institute new government.” This means that when we are so dissatisfied with the government that it is suppressing our rights, we have the right to overthrow said government. But that doesn’t necessarily mean that we should. There is a difference between making your voice heard and altogether overthrowing the people who don’t listen.

Now, we had a revolution—the Occupy movement—but that was not much of a revolution at all. It was more a large number of people cranky because they were poorer than the obscenely wealthy, holding signs in front of cameras and chanting, “We are the 99 percent!” There is no real change that can come from pure protest and no constructive criticism. Americans want their voices heard rather than a complete 180-degree change—we don’t really want acts of revolution, but rather the promotion of awareness of what we want.

With complete change comes chaos, and that is a nightmare to envision at this point in American history. Should an actual revolution take place, we would, as a country, be far too vulnerable to deal with the repercussions of our selfishness. Americans are far too comfortable with their daily lives to want a real revolution, Egypt-style. Americans have one of the best standards of living in the world. We are an established nation, and the only power struggles are handled with comparative elegance. Yes, there is lots of mudslinging and irritating ads that keep playing on the radio (yes, I’m talking to you, Abel Maldonado), but at least our congressional representatives do not pick up knives and run at each other in order to assume power.

Most families in the U.S., even the poorest families, have modern conveniences such as electricity and running water. The poverty that we have is psychological, where parents want their children to live the lives of affluence that we see glamorized on television, the excesses of modernity. People are too comfortable, and what they want to do is complain about things that they are not doing anything about. There is no Arab Spring revolution happening here, because that would lead to a chaos that we can envision and would prefer to avoid. Even when people here revolt, what it really means is that people will have large protests that get nothing done, or people will change their Facebook statues and profile pictures. Even when we protest, we don’t move from our couches. How serious are we about our revolution, or are we just bitchin’ and moanin’?

Initially, I honestly did want to pick up my torch and march on Washington, but revolutions today are more subtle than that. They are philosophical and technological. We need to be intelligent. It is true that the government exists to serve us, but they are simply an extension of us; they are an organized coalition that serves in our best interest on our behalf. In other words, we cannot expect governments to do all the work. We need an ideological revolution.

The United States of America was an experiment predicated on hard work, intelligence and drive. We are a nation of doers, of thinkers and of innovators. We have elected into office some very backwards, bigoted people who don’t always have the peoples’ interests in mind, and instead prioritize those of corporations and other large organizations that are not representative of the American population.

But instead of swords, pick up pens. Instead of guns, pick up books. Instead of complaining, provide alternatives and give constructive criticism. Let’s stop being negative and start being smart. In that alone, I think we can start a revolution.