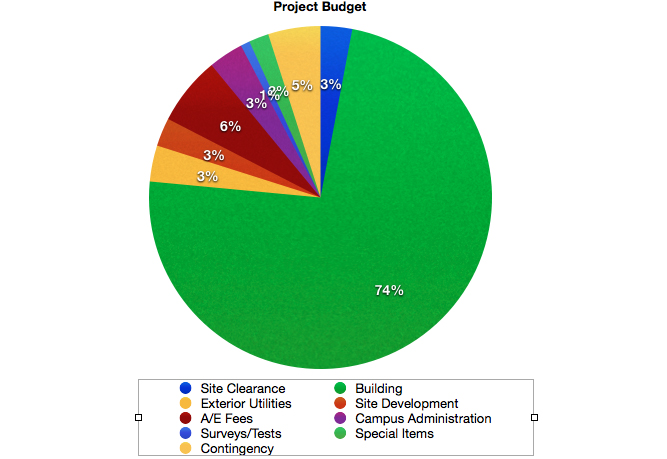 The University of California Regents debated a massive wave of renovations and over 60,000 feet of additions to UC Santa Barbara’s Davidson Library today at their meeting at UC San Francisco, resulting in widespread approval. The Davidson Library is currently in need of repairs and upgrades to make the two oldest components earthquake safe and improve the fire protection system.

The Committee on Grounds and Buildings unanimously approved the proposal on Tuesday and the Regents will vote on Thursday to allow funding for the project. The Regents would not be credited with the construction and funding of the improvements should the proposal be approved.

Patrick Lenz, Vice President of UC Budget and Capital Resources, presented the proposal to the Committee on Grounds and Buildings Tuesday and encouraged the Regents and Committee to support the project.

“This is really something that’s going to be outstanding for the campus,” Lenz told The Bottom Line during today’s meeting. “This will be one of the last projects for a period of time funded by the state of California, so to do the seismic renovations, to do the upgrade, to essentially recreate this library, will be an amazing asset to the campus, the faculty, and to the students. Clearly, this is something that’s long overdue.”

The Santa Barbara campus requested approval for interim financing of $71.4 million for construction funding. This request comes after the delay of the State Public Works Board bond sale, which was to be the source of funds for the project. The sale was originally scheduled for Fall 2012 and is now expected for Spring 2013.

The proposed interim financing is similar to a loan that would allow the campus to stay on schedule for construction until the bond sale. Construction includes system and structural upgrades as well as a 63,000-foot addition to the current building.

“The approved project will significantly improve the safety, function and operations of Davidson Library,” stated the proposal presented to the Committee on Grounds and Buildings and the UC Regents. “The interior renovations will improve space efficiency, create design continuity between buildings and increase efficiency of operations and usability of the library.”

Construction is not expected to start until March 2013. With interim financing, the construction project is estimated for completion in Fall of 2015 and is expected to cost upwards of $76 million.

The short-term financing will be repaid with a future State lease revenue bond sale. Lease revenue bonds are a form of long-term borrowing the State uses to finance public improvements. They are not backed by the full faith and credit of the State and may be authorized by law without voter approval. In the event that the interim financing is not reimbursed, general revenue from the Santa Barbara campus would be used for repayment.