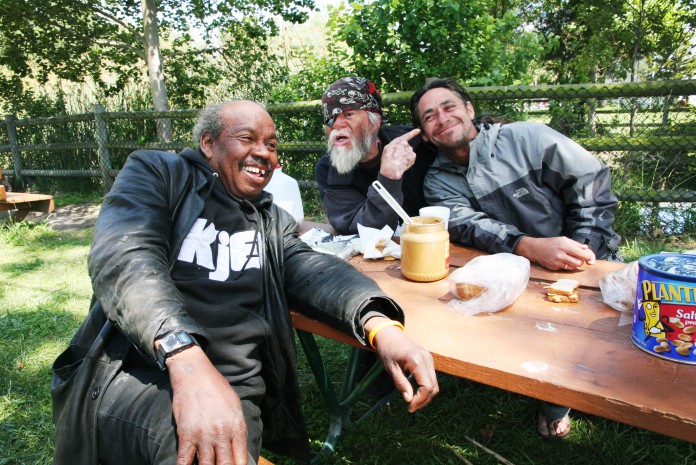 Common Ground, an organization dedicated to helping the homeless, released the results of Registry Week, a week dedicated to surveying those without a home and placing them into a vulnerability index. From the results, several statistics were released Monday, May 9.

The Vulnerability Index rates the vulnerability of those who are homeless on a number of factors: being a veteran, being over age 50, being HIV/AIDS positive, or having three or more hospitalizations or ER visits in either the past three months or past year, on top of being homeless for six months or more. This index helps determine how at risk of death each person is who is surveyed.

Living on the street and in shelters is dangerous and often lethal because those without a home are three to four times more likely to die prematurely. In 2010 alone, 30 homeless people were found dead in Santa Barbara.
Over 1,143 surveys were completed during Registry Week and the data showed that of those surveyed, 932 were at a high mortality risk. Jeff Shaffer, a committee member of SBCG who worked on Registry Week, said that this number is one of the highest among cities and counties in California. The majority of those surveyed were white, had some college education or at least had graduated high school, and were about 41 years old—the oldest surveyed being age 78 and the youngest being 12.

With this information, Common Ground Santa Barbara will work to house the 100 most vulnerable people. But they don’t plan to stop there.

“It’s going to be a changing list, we’ll figure ways to do this continuously” said Shaffer.

He also said CGSB plans to work with several other agencies to provide more assistance for those who did not make the top 100, as well as work with businesses in order to help decrease their frustration with panhandling in front of stores.

According to Shaffer and information found at the Common Ground Santa Barbara website, taking care of those living on the streets and in shelters is actually cheaper than leaving them alone.

Kylie Langlois, a second-year Biology major at UC Santa Barbara, said “I think if you made that public knowledge, more people would be for governments housing homeless people.”

Langlois also said this tactic would probably be more effective in a smaller community such as Santa Barbara but that it probably would not work in a larger community, like Los Angeles.

“We’re at a point where we could look at the fact that housing the homeless would cost us less than ignoring them, but we don’t do it because for some reason we are, and we have been, wary of freeloaders, ” said David Bodek, a UCSB fourth-year English major.