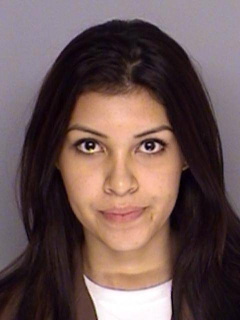 According to Adam Pearlman, the lawyer representing Karen Medina, the indictments of both Medina and Maria Vargas have been dismissed by Santa Barbara County Superior Court Judge Eskin as of March 7.

The indictment of Vargas was dismissed on the grounds of lack of evidence of her knowledge that a murder had occured when driving the alleged perpetrators from the scene. The court report states “There was no competent evidence to support the requisite elements of aiding Benjamin [Vargas]” on behalf of Vargas.

Medina’s indictment was dismissed on insufficient evidence that she knew Vincent was dead and the victim of a homicide when she left the scene. According to the court report “the cumulative effect of errors and omissions in the conduct of the grand jury proceedings… created substantial prejudice to her [Medina’s] right to due process.”

Two women were indicted for being accessories to a homicide in Isla Vista in May, accodring to a press release issued by the Santa Barbara County Sheriff’s Department on Nov 22, 2011

While 20-year-old Benjamin Vargas is already facing charges for the murder of 26-year old Vincent Velasquez, his girlfriend, Karen Medina,21, photo on right, is accused of assaulting the victim during the attack.

Maria Vargas, photo below, the 29-year-old sister of the attacker, is accused of driving the car during the escape from the scene of the crime.

Maria Vargas and Karen Medina were released from Santa Barbara County Jail on Oct. 28, 2011 after posting the $500,000 bail.

Santa Barbara Sheriff’s detectives are looking for a suspect in connection with the slaying of 26-year-old Vincent Velasquez on the 6600 block of Abrego Road in Isla Vista around 12:30 a.m. on Sunday, May 15. The suspect is described as a Hispanic male in his 20’s, 5’7″ to 5’9″ tall, 150 to 185 pounds, wearing a long-sleeve button-up checkered shirt and darkly colored pants. Detectives say he has short hair and some facial hair, and he was seen with a heavyset Hispanic woman with dark hair.

A UCSB student, who wishes to remain anonymous, witnessed the incidents leading up to the stabbing and gave The Bottom Line an exclusive interview.

“My sister and I were on our way home from a night of partying and we saw these guys fighting, one guy from a group of two was on the ground getting beat up by someone from a group of three. It looked like the two were getting really beat up. I thought the three individuals were going to walk away but then one of them said ‘I have a knife’ and that’s when we decided we needed to run away,” she said. “At the time, we got scared, cause it looked like a typical fight and fights happen in IV all the time but I guess we should have thought more about it since someone mentioned a knife. It didn’t look like anything was going to happen because it looked like the two were going to back away.”

The same student said the stabbing incident took place in the back alleyway of the Penthouse apartments on Abrego in the area where cars usually park.

“We were drunk but we actually said something like ‘You guys should stop fighting, fighting isn’t cool, you should stop!’ But once I heard the knife mentioned, I told my sister under my breath that we should leave and we ran away,” she continued.

“We have very little to go on,” Sugars said. “That is why it is so important for someone to step forward if they know anything.”

Deputies believe that the incident began with a verbal exchange that turned physical. After the victim was stabbed, a friend drove him to Goleta Valley Cottage Hospital where he later died.

No arrests have been made.

This incident has caused some people in the community to worry about their safety. Julie Inthasak, a fourth-year Sociology major, found out about the stabbing on Sunday afternoon.

“What happened was very unfortunate,” she said. “It saddens me that our community would resort to such violence. The murder of the weekend makes me question my safety.”

Inthasak is not the only one rethinking safety in Isla Vista. Michelle Kim, a third-year Anthropology major, doesn’t feel unsafe, but she is going to be more cautious.

“It’s scary because fights are so common in IV and for this to happen,” Kim said. “I still feel safe for the most part.

First-year Business Economics and Accounting major Jennifer Quach said it is scary that a murder could happen in the community.

“A lot of us live in IV, you expect fights but you don’t think someone would die,” she said. “You have to be smart about your surroundings and who you are with.”

Sugars said that witnesses are important in any investigation, especially this one.

“We are hopeful that anyone who was there or near there can share what they saw with detectives,” he said.