Home A & E Tchami Gives Audiences a Show to Remember 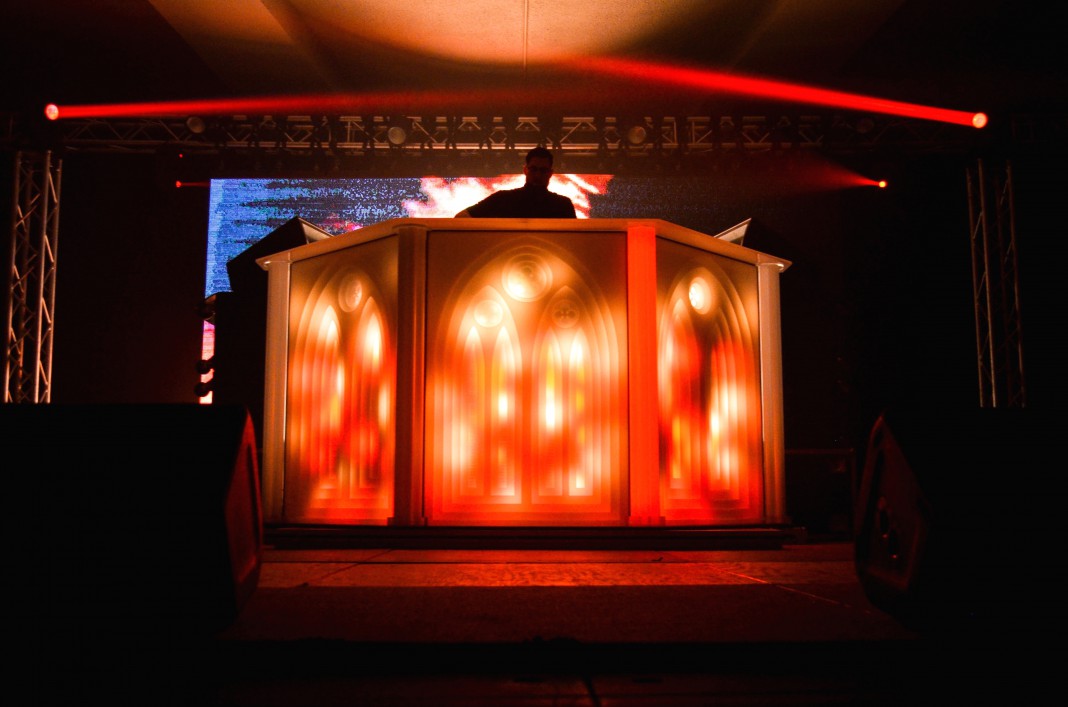 Last weekend, Late Night Society and Music is Love put on a show at the Earl Warren Showgrounds headlining Tchami for his After Life tour with special guest Too $hort and opening acts Bones, Convex, and Chris Johnston. Although Tchami’s producing and DJ-ing career started in 2013, he has already worked with several of today’s big DJ’s and has created a name for himself.

Though it was a cold night, the heat radiating from inside the venue instantly warmed you up as soon as you walked in. The concert was indoors with a main stage that featured a huge custom DJ booth altar and background screen. With each song, the altar and background lit up with different colors and images providing an incredible audiovisual experience.

When Too $hort’s set was finished, the crowd was full of energy and ready for Tchami. Everyone began chanting and as the lights dimmed for Tchami, the crowd’s roar grew louder.

He played some of his original singles, such as “After Life” and “Missing You,” as well as some remixes, including “You Know You Like It,” “Bound 2,” “Move Your Body,” and “Take U There.” The crowd sang the songs back to Tchami as the floor vibrated from the speakers and the jumping and dancing of the fans. The lights, lasers, smoke machines and crazy flashing backgrounds undoubtedly captivated and excited the audience.

It was easy to have a great time whether you were in the front against the barricade, on the sides, or in the back. Tchami took the stage at 10:25 PM and went on till 12 AM, however the crowd kept chanting for Tchami to return, so he came back for an encore. This was definitely a concert to remember for Santa Barbara residents and UCSB students. If Tchami is performing near you, you should definitely go — he puts on a great show where you will not be disappointed.