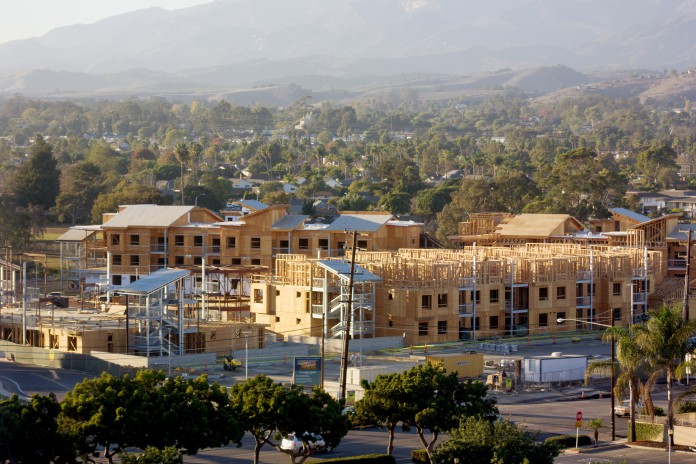 As fall quarter began, students learned that finding housing in Isla Vista would be harder than they thought possible.

While freshman were being accommodated and placed in dorms, international students from programs such as the International Study Programs, as well as continuing students, stressed over housing during the month of September and even at the start of the quarter. Many were left homeless and found themselves in search of a place to live for the year. The Community Housing Office was flooded with students looking for housing–as many as 300 students were homeless during late September.

As of Friday, Oct. 17 there were only 20 students in need of housing. International students faced the most struggle, as many travel to this country during September because of the nature of their visas.

“I started school without a place to live, and then I spent those two weeks looking everyday,” said Roger Diao, a third-year global studies major and international student. Instead of being able to simply focus on school, Diao spent most of his time trying to find a place to live.

“I came close to saying, you know what, I can’t do this, I’m not gonna spend another week in this balcony, I’m gonna fly back to Hong Kong,” Diao said.

Isla Vista faced the tightest housing market in years during the month of September, according to Santa Barbara analysts.

Despite this apparent increase of students who attend UCSB, the tight housing market is due to several factors.

“It’s a combination of city college, [and] Westmont [College] coming back,” said Community Housing Office Manager Roane Akchurin. “There’s also a lot of building going on in the community.”

The construction going on in the community resulted in the need for contractors to find housing. “What ends up happening is that contractors…end up coming from out of the area [and] end up taking a lot of the housing market, and rentals,” said Akchurin.

“I’ve been looking since August and it’s just been a nightmare,” Aboagye said. As the quarter came to a start she was still without a place to live. “I’ve just been couch surfing with friends,” said Aboagye. “I never expected to be homeless my senior year of college.” As of the middle of the third week of classes, she was able to find housing.

In order to avoid future housing shortages, two new university apartment complexes are being constructed. The construction for the housing project is expected to be completed within the next two years will help alleviate the high demand for housing in IV. Projects such as the Sierra Madre Apartments and San Joaquin Apartments are expected to house over 1,000 students all together. The Sierra Madre Apartments, on Storke Road, are well underway and expected to be completed and ready to lease by Fall 2015, while San Joaquin is said to be ready by Fall 2016, according to the UCSB Housing and Residential Services.