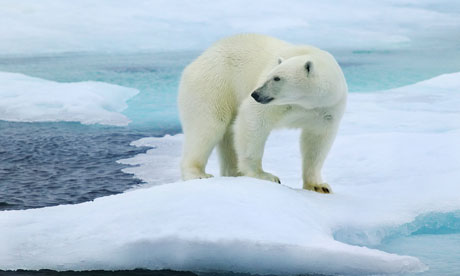 When you saw “An Inconvenient Truth,” did Al Gore turn you on, make you want to cry, or do absolutely nothing to change your day? On Friday, April 12, the University of California, Santa Barbara’s Carsey-Wolf Center and the Arthur N. Rupe Foundation debated the effectiveness of environmental media’s dissemination of climate science in a discourse entitled “Risk and Uncertainty and the Communication of Sea Level Rise.”

The event was the culmination to the year-long series Critical Issues in America: Figuring Sea Level Rise, which, beginning in the fall of 2012, was designed to unite students, faculty, and professionals from multiple disciplines to engage in conversation about public responses to current and projected sea level rise.

“How necessary is it to scare the pants off the audience to get them engaged?” asked Paula Apsell, the Senior Executive Producer at NOVA, a PBS science series, and one of two speakers who spoke on the success of different climate change images during a session called “Communicating Risk and Uncertainty.”

While there are those people who turn to activism because of images of polar bears on receding ice blocks, there are just as many who become overwhelmingly depressed by the same images, and plenty more who don’t even know what “An Inconvenient Truth” is. Apsell, in her twenty-eighth year as Executive Producer, emphasized that in order for science to be shared and absorbed effectively, it must be entertaining because watching television is, after all, a voluntary act. However, what stops environmental documentary filmmakers from teaming up with Marvel to make the next climate change Spiderman series?

In order to avoid the degradation of the actual climate science in its media portrayal, Apsell argued that including uncertainty in environmental communication is key. Uncertainty in this arena is the differing opinions on climate change from within the scientific community alone and is what Apsell believes causes people to “throw their hands up and say ‘What can I really do?’” As if science wasn’t hard enough for the general public to understand, disagreeing scientists make it all the more dizzying. To combat public apathy toward climate change, Apsell has found that audiences identify with experts and respond positively to mystery-driven critical thinking. In a highly successful NOVA program in which experts debated on discrepancies in temperature prediction models, Apsell found that not including wavering levels of air pollution changed prediction dramatically. Involving the audience as detectives made explaining climate science an attractive mystery worth solving.

On the other end of the stage was Dan M. Kahan, a law and psychology professor at Yale University, who argued that the real problem with scientific communication is “motivated reasoning,” or the general public’s acknowledgment of widespread issues not being due to their scientific literacy, but rather to their social worldview. In other words, a person is more likely to believe in climate change if they have a egalitarian worldview than if they graduate with a B.S. from Harvard. While he acknowledges, like Apsell, that the public sides with experts, he argues that people recognize an expert from within their understanding of society as a whole.

Kahan used other public debates such as gay marriage and gun control to highlight the public’s tendency to believe in the issues that allow for the persistence of that perspective. He used Florida and Texas as examples of places where people refuse to believe that the climate change is happening globally, and is what causes the natural disasters on their home soil. For these people, the melting polar ice cap image is foreign, and their attention is redirected to the wildfires or flooding in their own backyards. Whether you’re an individualist, an egalitarian, a communitarian, or nihilist, Kahan argues, “It’s your team’s issue. This is consistent with who you are.” Though the goal is not to make more money, he believes that the demand for climate science communication is more varied and dynamic than previously assumed.

“What it comes down to is that people just don’t want to think about it. I’m going to force you to think about something that you don’t want to think about,” concluded Apsell. Whether it makes you curl into the fetal position or turn off the T.V., the increase in natural disasters related to climate change only fuels more environmental media. To those willing to avoid choosing sides, “the resources are out there,” said Kahan. If you’ve read this whole article, you’ve already begun to soak it up and get informed!