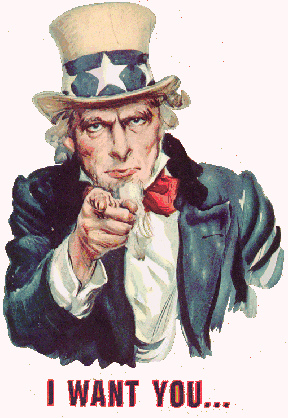 There’s a vacuum in the Middle East that’s been filled for over a decade by the force of American national identity—but what you think you know about the ongoing wars in Afghanistan and Iraq is an elaborate hoax, and you’ve been taken for a fool.

Let’s be clear: this isn’t a peace mongering condemnation of the United States military—I grew up fascinated by military strategy with an appreciation for the historical significance of wars in the centuries past. But in the process of growing older and gaining consciousness it became apparent that warfare was the product of a much larger international system to compel capitalist economies and assert eminent recognition for emerging or deteriorating national states. The emergence of modern social media in the past decades has given public military doctrine and reputation a new dimension, one some would argue is propagandistic. In films, news, and advertisements, the combat action of service is overstated as a patriotic ideal—ultimately utilizing the unfailing principles of loyal adherents to justify a principal role on the world stage.

The system of national security in America is comprised of a handful of armed organizations—Marines, Army, Navy, Coast Guard, as well as the CIA and FBI—all operated through the metonymic symbol of the Pentagon. According to the Capitol’s 2011 budget, over $660 billion has been allocated to the Department of Defense; with this, according to a 2007 study done by the RAND Corporation: National Defense Research Institute, $600 million was spent total on military advertising.

News organizations on television or in print do little to provide an unsubstantiated analysis of warfare—the actions of the military are misrepresented to constantly fall under the umbrella notion of a patriotic ideal.  When Iraq or Afghanistan is even mentioned, the viewer is barraged with a series of unsettling facts and clips of destruction meant to illicit a personal condemnation on those that violate our way of life. There is a strange paradox also in the news media’s investment in tragedy—keeping the viewer glued to the screen by fear and disbelief is the business model that has made Fox News and CNN so successful.

Fictional and dramatized forms of social media originally based in fact—including military recruitment, T.V. advertisements, and recent films such as Kathryn Bigelow’s “Zero Dark Thirty” and “The Hurt Locker”—can be unintentionally detrimental when they validate notions of American hegemony and justify the rightness of foreign campaigns. Many critics of “Zero Dark Thirty” have pointed to an opening scene depicting the graphic torture of a captured terrorist who gives up information crucial to the hunt for Osama bin Laden in Abbotabad, Pakistan.

Though Bigelow claimed publically that “depiction is not endorsement,” her film lends credibility to the argument that torture is acceptable as long as it gets the job done. On a subconscious level, the (media engineered) mass catharsis over the death of Bin Laden directs viewers to considering national security, or the lives and institutions of Americans, as more important than the acknowledgement of human dignity. What happened to the classic heritage of American films critical of the human degradation of war, indicating towards the destructive, transformative effects it has on people and environments? Watching “Zero Dark Thirty” and “The Hurt Locker” motivated me to see “Apocalypse Now” and “Platoon,” just so I could remember a time when it was all right to be critical of our military and have opposition toward its role as an international police force.

Military recruiting advertisements mold public perception of the role of the military from a young age. They are commonly seen during sports events and even on cable channels like Comedy Central, eliciting a nationalist pride in the foundational strength of our communal military protection. Over time, the public representation of the military has become so widespread that it’s a concept rather than a verifiable truth; the ads are purposefully exaggerated as a marketing tool. The military is selling you a brand—the seemingly epic, buccaneering, and courageous campaigns function to motivate your absorption into their organization. Even if you don’t want to join, your mind lingers on the depicted institutional scope and presence of the military: it’s something that a single person cannot contend with. With each branch of the military has their own motto—“The Few, the Proud, the Marines”; “Army of One”; “America’s Navy: A Global Force for Good”— all Americans familiar with military media are predisposed to conceding to the propagandistic elements of their unquestionable martial authority.

Unless you’re a soldier yourself, or have family and friends that provide you with first-hand information, you perceive the military through the unreliable guise of social media. Not only do TV commercials and (many) movies assert an inconsistent portrait of warfare, but they also distort the very real international strategies that armed forces function for. We are being peddled a narrative about the war, and like any other story, there is a specific setting and moral intent to what the viewer is told. This is the propagandistic element of American military in social media— we are meant to relate to the national humanity of our own men in uniform, but ignore the systems of international strategy and intrigue that they service.

The United States military is obligated to convince you, the viewer, possible recruit and figment of public opinion, that the goals of American international warfare are not only justified, but an extension of a broader campaign for necessary justice. After a lifetime of patriotic, nationalist rhetoric spewed from various authorities, the American public has come to identify with American life preeminent above all others. Since the Cold War, military institutions in the United States have increased their own authority to unilaterally operate outside the governance of true social approval—they serve as the mechanism for maintaining American interests abroad, but these goals are in many cases foreign and antithetical to the normal American citizen.

How does the United States military cope with a general lack of knowledge on the purposes and intents of their operations? The American public is placated by a distant satisfaction that the democratic and capitalistic ideologies they are expected to revere will be successful in countries of supposed chaos. There might be chaos on American soil if the complex, rooted institutions of military international relations were to be made public. There would be even further carnage if some wake-up call ever came, shattering the idea that American life is more valuable than those of foreign men and women across the globe.