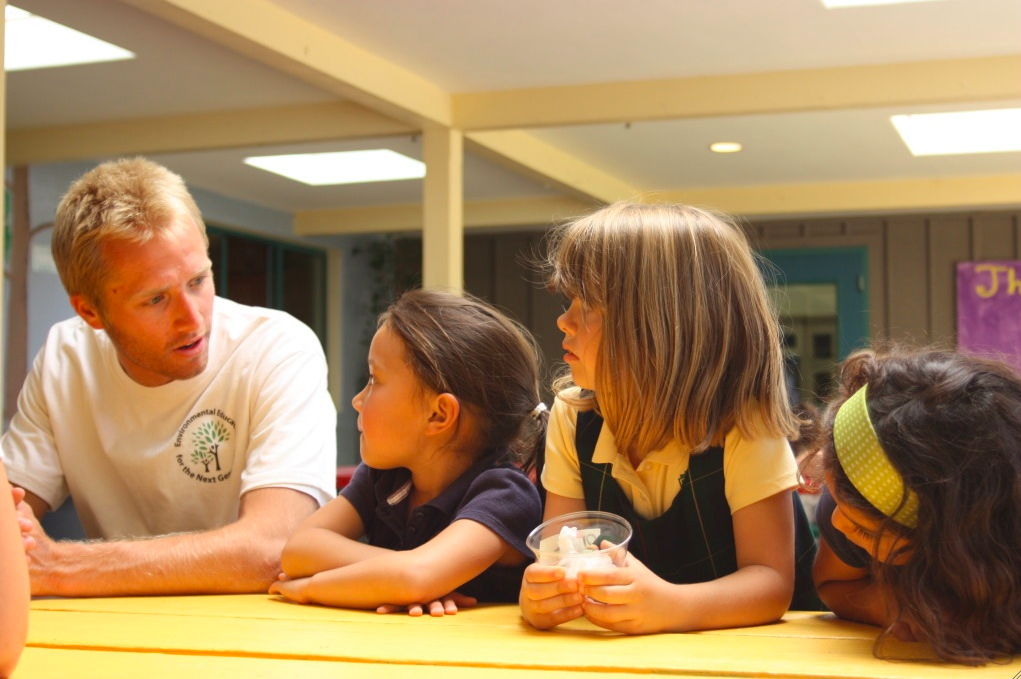 Photo from Her Camppus

Ryland King is a fourth-year environmental science major and professional writing minor, but he’s not just another University of California Santa Barbara student. He is also the founder and executive director of Environmental Education for the Next Generation. King started EENG as a way to have college student-instructors educate first and second graders about the environment, and have them genuinely care for it. His efforts landed him a spot as one of 12 semi-finalists in the nationwide Do Something Awards contest.

According to the Dosomething.org website, “since 1996, DoSomething.org has honored the nation’s best young world-changers, 25 and under. Do Something Award nominees and winners represent the pivotal ‘do-ers’ in their field, cause, or issue.”

The Do Something Awards Judging Committee decided that King stood out from the other 1,000-plus applicants as worth representing his passion for environmental education to a national audience.

“Our goal [of EENG] is to have the children be inspired to do their part for the environment,” said King. “We want to teach them in a positive manner and have them be a part of the solution. When one teaches, many learn.”
The idea of EENG stemmed from King’s life experiences that showed him the impact of teaching those around him about the environment. With a passion to teach, he mobilized EENG around the state at different college campuses, including University of California Santa Cruz, California Polytechnic State University San Luis Obispo, and University of San Francisco. With such expansion, EENG teaches over 2,000 students, with a core staff of 14 members.

Tanya Heravian, a staff member and fourth-year environmental studies and global studies major, has been a part of EENG for three years. Her job as director of operations is to train and stay in close contact with regional directors from all of the campuses to ensure the chapters are running effectively.

“I had just gotten out of teaching a first grade classroom all about the importance of bees when I read the text that EENG had made it to the semi-finals,” said Heravian. “I was ecstatic. Once I got home and read about all the other semi-finalists I felt honored that EENG was recognized amongst such motivated youth.”

Heravian’s dedication, along with many other countless volunteers’ contribution to EENG, shows the positive impact the organization has made since its establishment.

King’s next step as a semi-finalist includes flying to New York City this June to work with big-name professionals and learn how to pitch the work of his non-profit to press and fundraisers.

But until then, King is remaining humble.

“Thank you for every single volunteer on this campus for volunteering. You all are making EENG into what it is today.”