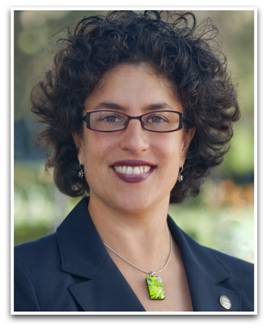 Santa Barbara Mayor Helene Schneider has released a group of four initiatives in “Invest in Santa Barbara 2012” in an attempt to address Santa Barbara budget shortfalls. The initiatives include a tax on establishments in the city’s Entertainment District that serve alcohol after 11 p.m., a plan for pension reform and an increased sales tax. The fourth initiative would allocate the sales tax funds equally between the City of Santa Barbara and the Santa Barbara Unified School District.

Schneider is presenting the initiatives as a package, uniting the Sales Tax Initiative with the pension reform initiative. Both measures must pass for either one to go into effect.

“I know that there are items here in this package that people will like and other items that people will dislike,” Schneider said. “The strength of these four initiatives is that they be considered as a package, and not picked apart piece by piece.”

“I cannot support anything that takes away the power of unions in their right to collective bargaining,” said Murillo. “The initiative attempting so-called ‘Pension Reform’ puts on the ballot the matter of employees paying their retirement contribution. This is a labor contract provision that should be decided in labor negotiations, in which city representatives bargain with public employee union representatives.”

Due to the provisions of Invest in Santa Barbara, by refusing to support the Pension Reform Initiative, Murillo also must not support the Sales Tax Initiative.

The Entertainment District Initiative would require businesses that serve alcohol after 11 p.m. to pay a new business license fee to address the rising cost of police enforcement. While Murillo supports the idea of the fee, she does not approve of the way the fee is being created.

“I support a process by which the nightclub and bar owners are brought together to hammer out a solution to the need for extra law enforcement response when the nightclub scene is in full swing,” said Murillo. “The nightclub business owners were not included in crafting this initiative, so I cannot support it.”

Deborah Schwartz, who ran for City Council alongside Cathy Murillo, did not offer her opinion on the initiatives, instead stating that it is the voters’ decision on whether the initiatives are a good idea for Santa Barbara.

“Since Mayor Schneider’s publicly stated intent is to put these initiatives to the voters in November,” said Schwartz, “I trust our voters to inform themselves and express their support or opposition to her proposals. As a strong support of the democratic process, I signed Mayor Schneider’s ballot petitions in order to give the electorate the direct opportunity to respond.”

Voting on the initiatives will occur in November if enough signatures are collected. Schneider stated that she does not expect people to form a decision on the plan at this time.

“No one needs to make up their minds about this proposal today,” said Schneider. “All that I am asking is that you give the voters the opportunity to make these decisions in November by signing the petitions in the coming weeks and months. This proposal is a chance for all of us to invest in this place we hold dear… to invest in Santa Barbara.”