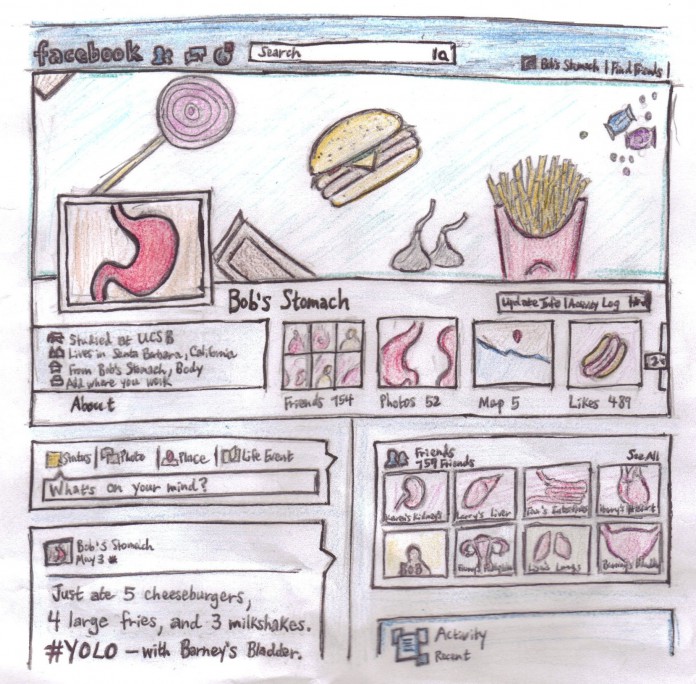 Facebook now offers its users more than just the opportunity to reconnect with others and share various aspects of their lives through photos and status updates. As of May 1, Facebook CEO Mark Zuckerberg introduced a new feature on the site that enables users to register as organ donors. However, can this innovative feature truly encourage people to sign up to be organ donors simply because it is now on their favorite networking site? Or is Zuckerberg overestimating the influence of this virtual platform by assuming more individuals will actually register and add it to their Timeline as one more of their accomplishments? Most importantly, how does this actually work? Surely, a cadaver would be unable to accept their surgeon’s friend request to allow them access to all of their personal information.

The feature is not an app to which one simply clicks to “Allow Access,” and voilà, they are now listed as a new organ donor. Zuckerberg expects this feature to succeed by making use of Facebook’s extensive user database to raise awareness through the site’s power to popularize just about anything (think Rebecca Black, who owes her 15 minutes of fame to the satiric posts about her catchy song “Friday” on Tumblr, YouTube and Facebook). In this manner, if an individual publicly list themselves as an organ donor by sharing it through their Facebook account, their family and friends would be well-informed should they ever actually need to transmit this information to a doctor at the time of the person’s death.

However, “a Facebook user has not officially become an organ donor unless they have registered via their state’s donor registry page,” Facebook said in a statement. The site only provides the link to the actual online registry, and the ability to share this new step with their friends.

This is how one would sign up: on the Timeline, there is a Life Event tab that has a Health and Wellness category, which has the organ donor option at the top of its subcategories (and weight loss is there too, in case anyone wanted to boost about their P90X progress). A little window will then pop up with the title “Registered as an Organ Donor,” with the option to add the specific date, the place and a brief story. To the right, Facebook includes the disclaimer “If you are not officially registered as an organ donor, it is easy to sign up here with the appropriate registry.” And right below it, Facebook gives users the opportunity to control the privacy of this new life event by choosing to make it Public, viewable to their Friends Only, or accessible only to certain lists or people through the Custom button.

According to CBS News, Donate Life America (which promotes organ donations), reported that about 22,000 people followed the link as of May 2, and that more than a third of them officially registered. In California alone, within the first 24 hours that the new option was launched on Facebook, 3,900 people signed up- a huge upgrade from the usual 70 people that register to be organ donors each day.

Nonetheless, although these startling results are already proving the innovative feature to be an impacting success, there are a few raised eyebrows in regards to the whole procedure and the manner in which it is being approached.

Pedro Leon, a second-year psychology and religious studies double major, believes that this may be Facebook’s new attempt at setting a new trend to maintain its popularity.

“It’s ridiculous,” he said. “Zuckerberg doesn’t want Facebook to turn into Myspace, so he is coming up with these outrageous features to give people something new to talk about.”

“I think it can be helpful in that it can raise awareness and educate others about it,” said Reyes.

However, Reyes would still be a little hesitant about registering herself simply because everyone else started doing it.

Whether Facebook is heading in the same direction as Myspace or not, there is no doubt that the social networking platform indeed has the power to shift people’s attention, even if they strongly disagree with the feature. Like mostly everything these days, if you want anything to happen, simply post it on Facebook.