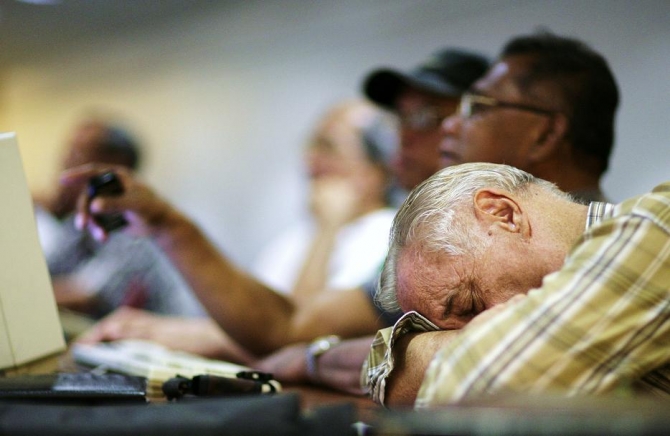 A recent study by the “Journal of Neuroscience” has revealed how dopamine levels across different parts of the brain influence one’s work ethic. The study was released early last week in response to researchers’ desire to determine what differentiates slackers from hard workers.

For those unfamiliar with the term, dopamine is a brain neurotransmitter, which is known as the “pleasure chemical,” but has other responsibilities linked to movement, motivation, memory, emotions and pain. According to researcher Michael Kelley, those with higher dopamine levels were “willing to face long odds and work hard for bigger rewards.”

The experiment was comprised of 25 healthy men and women between the ages of 19 to 29. The participants were asked to perform a range of tasks, varying in difficulty; in return, they would earn some monetary reward, ranging from $1 to $4. These tasks consisted of varying button-pressing exercises. The researchers used positron emission tomography to scan the brains of participants while they performed these tasks. In doing so, they discovered that those with a strong work ethic had higher releases of dopamine in the striatum and ventromedial prefrontal cortex. These parts of the brain respond most strongly to reward and motivation. In contrast, those who were lazy with completing their tasks had high levels of dopamine in areas concerned with emotion and risk perception. This part of the brain is known as the anterior insula.

One of the researchers, David Zald, further explained the importance of this study.

“Past studies in rats have shown that dopamine is crucial for reward motivation, but this study provides new information about how dopamine determines individual differences in the behavior of human reward-seekers,” said Zald.

Kelley also commented on the results from the study, noting that, “…opposite effects in different parts of the brain are surprising… because it suggests that more dopamine in a certain part of the brain causes a reduced desire to work.”

These new findings may complicate treatments for patients suffering from attention deficit disorder, depression and schizophrenia. Often times, patients are prescribed medications intended to increase the amount of dopamine in the brain with no regard for which specific part they increase. Now, the attention seems to shift to the dopamine distribution within the brain, not an overall amount. Scientists are currently trying to figure out how dopamine distribution affects the mood to determine more customized treatments for patients with such disorders. In the future, scientists can develop treatments for mental illnesses that increase dopamine levels in the parts of the brain lacking in motivation.

The study proved to be an interesting one to students across campus. According to computer science major Robert Neal, this finding can have several implications for improving health.

“The discoveries made by this study strike me as very good news. It would be amazing if researchers could improve medication for mental disorders,” said Neal.

Overall, the study is very good news. For those dealing with the effects of depression or schizophrenia, the suffering may soon be over, or at least heavily reduced.