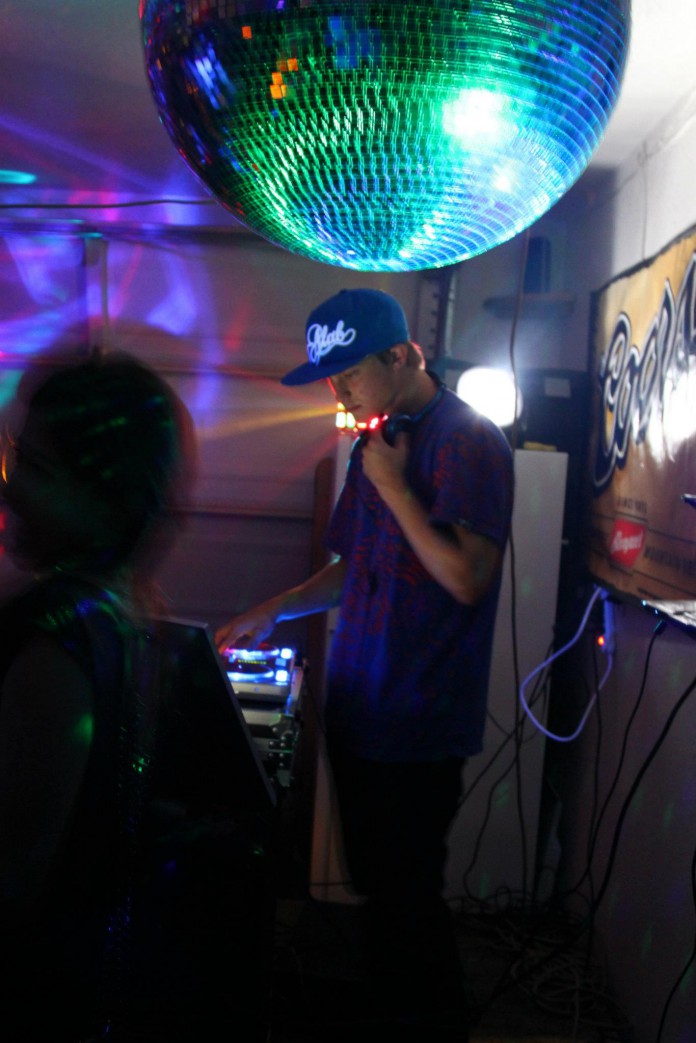 Although disc jockeys have been around for decades, the technology age has yielded a new culture. With endless collections of digitalized music and advanced computer equipment, the DJ’s ability to mix and collaborate with like-minded producers has expanded. It is no surprise that Isla Vista is alive with this rising music style.

Attentive to the IV music scene, Kenjamin Ho, a fourth-year geo-hydrology major, has been active in the DJ community as president and co-founder of the University of California Santa Barbara DJ Club. With intentions to bring people together who are commonly interested in any facet of the DJ scene, Ho leads the club in connecting students with mutual interests.

“We live in an interesting bubble because everyone and their mom is a DJ,” said Ho.

The DJ club, conceptualized for students to find DJ’s in their community and for DJ’s to promote themselves, started as a project for fourth-year economics and accounting major Brian Tsui. Tsui, now co-founder and meetings coordinator for the club, knew it would be beneficial to create a network between local DJ’s and students in Isla Vista’s energetic music scene.

Although the club only began last May, there are already over 100 members, 250-plus Facebook followers and a core group of 20 individuals who keep the club running. As a new organization, many of the members are modestly experienced with production, organizing concerts or the DJ scene, though beginners are encouraged to join.

Interest is the only pre-requisite. Fourth-year computer science major, Matt Sproat, plans to lend his extensive knowledge of music production to new DJ’s.

“I’ve been producing now for seven years,” said Sproat. “It’s nice to know more people with the same love for the same type of music.”

As a member, there are many opportunities to play live for an audience. On Thursday nights, college night (21+), the DJ club has a residency at Sharkeez. Further, this year a rotation of producers from the club will lift the energy at UCSB’s Relay for Life event.

“Don’t be afraid to collaborate because of competition,” Ho advises to aspiring DJ’s. “There are benefits to networking and building personal relationships and it’s important to put yourself out there in a friendly way.”

The club also organizes events in the Hub, UCSB’s very own concert venue. Last quarter, the passionate and hard-working team of students brought well-known artist, Dillon Francis, to the campus. Over 650 people attended the show, nearly reaching the Hub’s capacity.
“It’s a job that doesn’t feel like it’s hard, even though it is,” said Ho, about event organization.

Prepared to put on an even better show this quarter, the DJ Club is hosting an event on Saturday, Feb. 11 at 9 p.m. The show features two eclectic acts: Treasure Fingers, an Atlanta-based electronic producer, and Codes, a New York based hip-hop and house producer. An unannounced member of the DJ club will showcase his talent as an opening act as well. Ho emphasizes, the event would not be possible without the help of sponsors: AS Program Board and Finance Board, After Dark, The Hub, Red Bull and others.

“I got to see them grow,” said club advisor and Assistant Director of OSL Katya Armistead. “Now they are asked to play at parties and events, sharing their love of the art of DJing. This group really wants to provide entertainment by holding solid events in the Hub and they are very fun to work with.”