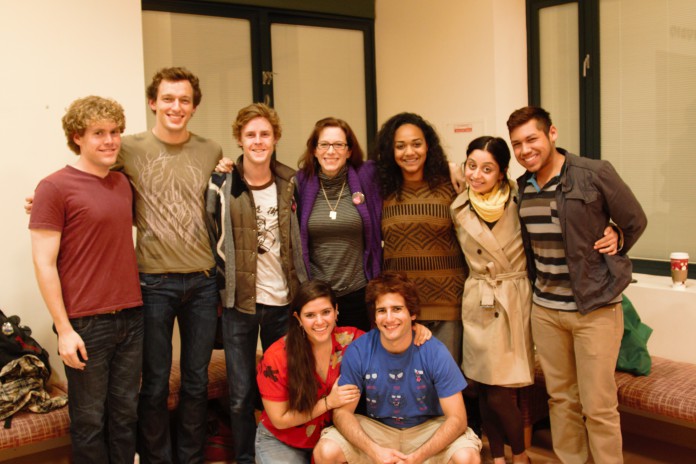 The University of California Santa Barbara Department of Theater and Dance is running their production of Caryl Churchill’s play “Cloud Nine” from Nov. 9 through Nov. 12. Well received when it was first created for an English audience in 1979, “Cloud Nine” is clearly still relevant today, dealing with many controversial themes that are still considered taboo in society, such as gender roles, personal identity and sexual oppression.

Act I is set in 1879, in the household of an English family living in a British colony in Africa. There is strain on the characters inside the traditional Victorian household as they struggle between choosing to follow the world of personal freedom or the Victorian way of how to live one’s life.

In Act II, the play time-travels 100 years to 1979, yet the characters have only aged 25 years. This deliberate bending of time allows for a more naturalized setting, where the characters can be more expressive, as they are no longer under the same oppressive rules of Imperial England. Subsequently, a transformation takes place. The audience sees characters’ true selves as they come to terms with their true identities, but are constantly reminded of the ghosts of their past.

One of the most unique and significant parts of the play is how Churchill portrays her characters.  For example, the role of the dark-skinned African servant is meant to be played by a white male. Further distortion is seen as Betty, the wife in the household who is played by a man, and Edward, the little boy, is played by a woman. Adding to the role-switching chaos, in Act II, all of the actors switch roles.

After the end of the Sunday showing, a talk back discussing the play was held jointly by the Queer Student Union, the AS Queer Commission and the Department of Theater and Dance. The cast talked about their experience in the production, agreeing that everyone involved in the making of the production was passionate from the beginning about the message of the play and its relevance to the community the play was supporting.

The play’s exploration of sexual identity themes were especially meaningful for the cast, as two of the members involved in making the play identified as lesbian, gay, bisexual, or transgender individuals.

Anne Torsiglieri, director and UCSB Professor of Theater and Dance, made it clear that she and the cast wanted to portray non-heterosexual relationships in the appropriate way, and not shy away from the subject.

Similarly, Brittany Carriger, a fourth-year theater major, described working on this play as “one of the most rewarding processes as an actress, as the play was really about identity and coming to terms with accepting yourself and who you are.”

Cloud Nine brought out a sense of freedom, had charm, and was a production important to those involved, the audience, and the entire UCSB community.

As third-year economics major Steven Ericson said in a brief summary, “most of all the play brought out a positive message that is still relevant today.”

All Aboard the Darjeeling by Jennifer Kimbell

VocalMotion Catches Fire at Their First Performance of the Year