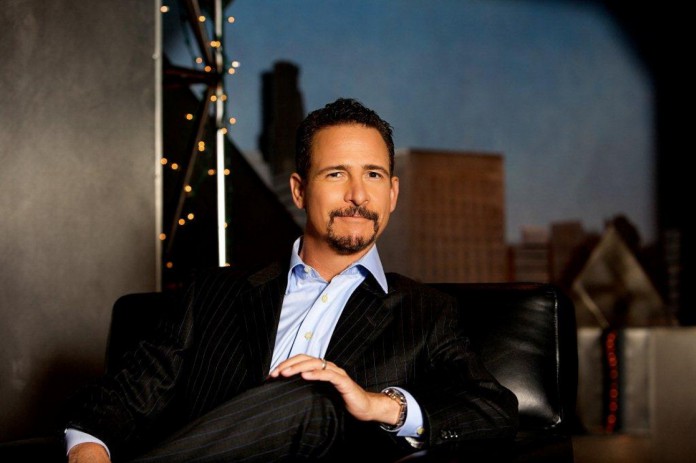 Campbell Hall was packed for an evening speech by one of the greatest sports figures to ever come out of UC Santa Barbara. The speech highlighted a Gaucho Alumni Weekend, and the testosterone-filled theater was not disappointed with just any ordinary speaker.

“We felt that it was a great opportunity to partner with [the Alumni Association] and UCSB Athletics to make it one of the highlights of the All Gaucho Reunion Weekend,” says Heather Silva, coordinator of Arts and Lectures on campus. “Jim was a great fit for our lecture series because he appeals to a wider audience through the sports angle.”

Before Rome gave his speech, Ron Rubenstein, the president of the UCSB Alumni Association, was first to approach the audience, but told them practically everything they knew already. They knew Rome worked for KCSB, they knew that he worked his way up to ESPN through a San Diego sports radio station and they even knew that he was being awarded with the distinguished alumni award.

What they didn’t know was why Rome, with his classy suits and multi-million dollar salary, wanted to be back in SB to tell his come-from-behind story about a young man making it in a competitive industry.

Rome went through a lot as an undergrad at UCSB, and as a graduate. He spoke of three major crises that hit his life and almost pushed him to the breaking point.

The first major crisis was back in the 80’s when he was still a UCSB student. He worked so much for the KCSB radio station that he simply stopped going to class. His grades dipped below a 2.0 GPA and the academic probation that ensued caused a fight with his father, who threatened to stop paying for school.

Rome turned it around with his simple solution for everything: work. The rare time he wasn’t working, he was in the library studying. His hard work paid off, earning him a spot on the dean’s list the very next quarter.

Rome proved to himself that he could achieve anything he put his mind to. This chip on his shoulder was enough motivation to get him where he is today.

But when you think of UCSB sports icons, most usually think of Brian Shaw and Jason Lezak, not a talk show host like Rome-but this is what the fans and players have come to love. Professionals want to be on his show because he “keeps it real.”
UCSB fourth-year Business Economics major Stuart Gwynn said he loved Rome’s wit.

“He was a great speaker, and it was hilarious when he said he could have been the Jamarcus Russell of Isla Vista. He is fluid and can think on his feet,” Gwynn said. “His profession requires that kind of intelligence and he has mastered it.”

Rome constantly tells it like it is. He is not afraid to call an athlete a slacker, a laggard or a cheat. If they are a dud, then he will flat out tell them so. He doesn’t hold back and this separated him from the college graduate pack.

Matt Hurst, Associate Director of Athletics Communications and a member of UCSB’s broadcast team, was the lucky man interviewing Rome and was comfortable doing so.

“Mr. Rome was very easy-going from the time I initially met him earlier in the afternoon and that made it easy for me to just sit on Campbell Hall’s stage and chat with him,” Hurst said afterwards. “A lot of times people in those situations try to make themselves bigger because of whom they are interviewing, but I told myself that this was Mr. Rome’s night, people are here to see him and that made it extremely simple for me.”

Crisis number two occurred sometime after graduation when Rome quit his job at a local radio station and tried to work for his father instead. After months of manipulation and coercion of the family system, he got in as a salesman. He saw himself retiring as the president of the company at age 45.

A couple of months later, when his family was eating dinner together, his father told him he was fired. It was “nothing personal. But business is business.”

Crisis number three hit shortly after as another sales job failed and Rome was stuck without a job and without an opportunity. This is when he looked to a friend for help.

He got a one-month job for five dollars an hour as a traffic reporter at the Santa Barbara News Press radio station from a boss he knew. He made the best of it and was awarded the position permanently. However, the traffic back then was too smooth. What accidents could he report on if there were none?

“So I did what any one of you would have done. I either made them up, or I caused them,” Rome said as the audience cheered and laughed.

His boss needed accident reports, so Rome gave them to him. This was, and still is his style. He gives the world what it needs. At that time, while he was still looking for a job, there were no reporters talking smack about players or coaches. So Rome decided that would be his style to set him apart from the others. It just so happened that he was good at it.

After managing a full-time radio position in SB, Rome wanted to interview for a new all-sports radio station in San Diego. Rome was told if he left his SB job to interview in San Diego, then he would be fired. Rome took the opportunity and never looked back.

Rome has had an impressive career but nothing else could have been more special to him than to come back to UCSB and be given an award for distinguishing himself. Rome always wanted to stand apart from the crowd and even though he always has, he now has an award that says he has.

Hurst summed up the night best when he was talking to Rome afterwards.

“I was able to be in a position that no one else in the packed Campbell Hall was – I was alone with Mr. Rome backstage when the night was over and he asked how it went. I told him, ‘Man, you killed it’. And, it’s true. Mr. Rome did a tremendous job of mixing humor, his story and a lesson to all UCSB students. He told some good anecdotes about his struggles, and how he battled through them and made it. He proved that by working hard you can achieve what you set your mind to,” Hurst said. “He was funny, he was witty, he was great. As I was the first to tell him offstage, he killed it.”

Rome could not get over the fact that he used to be the one sitting in “those seats,” and that he worked his way up with a mental toughness, hard work ethic and a unique style. Rome showed the audience what it means to be a Gaucho. He surrounds himself with likeminded professionals now and always will, as most of his radio and television crew are fellow Gauchos. After being away from his alma mater for nearly ten years, Rome “is back,” and will always bleed blue and gold for his fellow Gauchos.

Caption for the photo- (which you need from an online source) -A “come-from behind”, “never-give-up” and “come-hard-everyday” kind of guy, Jim Rome was truly something inspirational