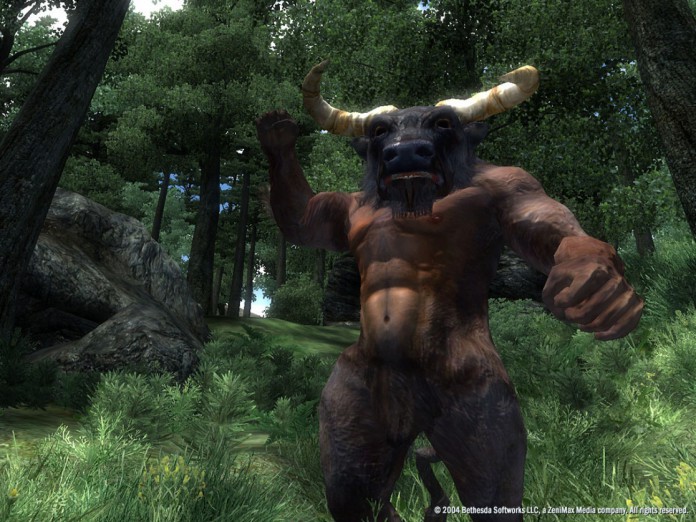 Role-Playing Games have captivated us since before video games even existed. Before the advent of home computers and consoles, RPGs consisted of board games such as Dungeons and Dragons. Since then, they have evolved tremendously, and they are now generally considered to be the most immersive games on the planet. Let’s take a look at my picks of the top 10 RPG’s of the last decade!

Kingdom Hearts was ridiculously awesome for its time. I remember being very skeptical of a Square Enix/Disney collaboration, predicting that it would be a standard Final Fantasy game with a few Disney elements, or vice versa. Luckily, I was dead wrong. Kingdom Hearts was hauntingly beautiful, dealing with universal concepts such as lost love, friendship, death, and betrayal. Every level was based on a classic Disney film and included quests based on the films, for example, retrieving all 101 Dalmations. The gameplay was action-packed and varied: it involved puzzles, platforming, hack n’ slash combat, and Square Enix-style items and magic. Whether you are Team Disney or Team Final Fantasy, Kingdom Hearts was, and still is, a timeless RPG that offers something for everyone.

Gothic, a German RPG developed by Piranha Bytes, was not very popular in the USA and is therefore underrated. It was not a standard fantasy game as it did not deal with elves, dwarves or faeries. The plot was brutal: you play as a nameless hero locked in a prison colony surrounded by a magic barrier. Unlike nearly all RPGs during its time (and many to this day) Gothic had realistic non-playable characters (NPC). They didn’t just stand behind a counter all day; they had individual lives which involved regularly eating, sleeping, socializing, and traveling. In another unique deviation from standard RPG’s, you could not invade homes and loot goods without some reaction from an NPC, and if you drew your weapon in public you would attract negative attention. These elements greatly enhanced the gameplay and encouraged the player to be mindful of their actions.

As part of the Forgotten Realms series, Neverwinter Nights was a dream for fans of Dungeons and Dragons. Although the single player campaign had its merits, the game’s true selling point was its multiplayer, as its servers could support up to 96 players. The game was also popular for its customization: players could customize their own adventures, worlds, characters, and classes. Players could team up and build their own worlds and interact with one another, sort of like a small-scale MMORPG.

BioWare’s Dragon Age: Origins is referred to as the spiritual successor to the Baldur’s Gate series, and for good reason. It kept the same old-school RPG style gameplay from Baldur’s Gate but had a more expansive plot with its origin stories, sweeping cutscenes, and tons of dialogue. The game was unique in the way it interpreted the origin stories of different races. There were also different nobilities of the different races. Each player will have a different experience with Dragon Age: Origins, as their choices will affect the outcome of the game, and even the game world itself. Although not especially innovative, Dragon Age: Origins was successful return-to-basics game with nostalgia for old-school RPG fans.

The Elder Scrolls IV: Oblivion was the next chapter of the Elder Scrolls franchise from Bethesda Studios. Like its predecessor, Morrowind, it utilized the first-person RPG experience which was not seen very often and still isn’t. It featured an incredibly expansive environment which easily offered 100+ hours of gameplay. Quests were lengthy and varied: players could explore dungeons, fight in the arena, and destroy Oblivion gates. In addition to the main quests, there was a huge variety of side-quests such as the faction stories which involved magic, assassination, and thievery. Oblivion maintained the skill system from the Elder Scrolls series and featured much improved combat and stealth. With an improved physics engine and an award-winning soundtrack, Oblivion is an RPG that will not be forgotten any time soon.

War never changes, but Fallout 3 changed the Fallout series for the better. Set in the post-apocalyptic wasteland of Washington D.C. in the year 2277, Fallout 3 elaborated on all of the strong aspects from Oblivion. Instead of using the isometric turn-based gameplay of its predecessor, Fallout 3 graduated to action-based first-person goodness. The combat was immensely stylized with the introduction of the V.A.T.S. system in which players could spend “action points” to target specific body parts (which made for some amazing slow-motion headshots). The V.A.T.S. system was favored by players who enjoyed the RPG aspect of this FPS/RPG hybrid. Fallout 3 also had an immersive and realistic environment, as players had to regularly scavenge for items and armor became less effective as it got banged up over time.

Star Wars: Knights of the Old Republic featured the classic pause-and-play style popularized by other BioWare titles. It was a Star Wars game with a clever twist: an entirely new setting in the familiar Star Wars universe, set thousands of years before the original trilogy. The game expanded on the Jedi and the Sith, as they were common instead of an endangered species. This greatly developed the spirituality and ideology of both groups. The Jedi training was also an inspiring plot aspect which was so detailed that it even included the creation of a custom lightsaber. KOTOR is a veritable feast for any Star Wars fan, and a must-play for RPG fans.

Blizzard Entertainment never lets us down, and Diablo 2 is a testament to this. This sequel to the highly successful Diablo (1996) continued the unique isometric gameplay of its predecessor and was way more action oriented than any other RPG during its time. The game could be played with the mouse alone, making it highly accessible. The setting was dark, gothic, and heavily inspired by works such as Paradise Lost and Dante’s Inferno. The story was told through epic Blizzard cinematics and divided into unique acts (chapters). But what really made Diablo 2 earn the #3 spot was the multiplayer, which featured an 8 person co-op which was unheard of for its time. Players could create servers where they could fight each other, quest together, or loot together. The classes were incredibly varied: you could play as a Barbarian, Necromancer, Sorceress, Amazon, or Paladin. This dark action-packed fantasy RPG easily earns a spot in the top 3.

Baldur’s Gate II: Shadows of Amn is easily one of Bioware’s greatest games. Compared to its predecessor, Baldur’s Gate I, the story was darker, there was improved character development, and the gameplay had more customization and replay-ability. Baldur’s Gate II’s visuals were also improved with an intriguing medieval art style which gave the game an ominous atmosphere without being too overwhelming. The story was centered on Jon Irenicus, an elven mage who performs unwanted experiments on your character, the Bhaalspawn. Jon Irenicus was a clever and creative villain; he had a rather surprising motive for torturing the Bhaalspawn that I won’t spoil here. Baldur’s Gate II was an epic RPG experience and it has aged well over time, making it an instant classic and absolutely one of the greatest RPG’s of the last decade.

As you can see, Bioware is the king of RPG’s as five of their titles appear on this list. Mass Effect was a truly groundbreaking sci-fi RPG which involved extremely engaging cut scenes, an expansive choice system, and the revolutionary conversation wheel. The gameplay was swift and action-based, the characters were believable, and the setting was anything but ordinary. Mass Effect 2 was even better, as it improved every flaw from the previous game. One of the most impressive aspects of the game was the narrative structure – you could have a completely different ending just depending on your choices. A truly amazing feature for this sequel was the carrying of all of your choices from Mass Effect into Mass Effect 2, where characters who died will stay dead, and if your character died in the last game you must create a new one in the sequel. This feature not only greatly enhances the replay value of both games, but provides a more immersive and believable RPG experience that was virtually unseen until now. Choices from Mass Effect and Mass Effect 2 will carry over into the upcoming sequel, which will create even more replay value. The soundtrack, voice acting, narrative, and graphics are all perfect tens. With all of this in mind, who can even begin to imagine how great Mass Effect 3 will be?