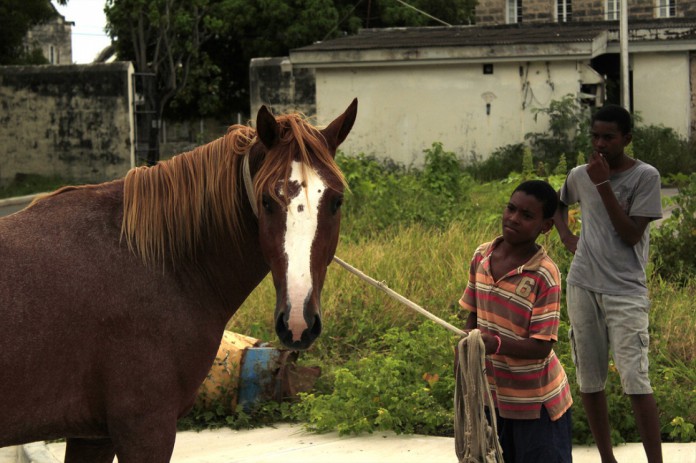 On the West coast of Barbados, wild waves caused by topical trade winds crash against the cliffs. This is surfing heaven, and Barbados is available to travel to through the UCSB Education Abroad Program.

Having just recently returned from my own fall quarter abroad, I can tell you that Barbados is a tropical adventure for the brave at heart.

My first night there I met up with fellow UC exchange students, played Kings Cup with a local beer brand, and went for a night swim.

In regards to living, most of my fellow EAP students chose to stay in the dormitories, while a few Isla Vistans and myself decided to get a house. We ended up staying at the ex-Foreign Minister’s beach villa, which was priced at less than an Isla Vista home, had three living rooms, the ocean as our backyard and a balcony with a grill.
I heard the dorms were fun too.

“The dorms were great. One of the major pluses was that we met people from other islands like Jamaica, Trinidad, Saint Vincent, and Dominica,” said Mayra Godinez, 3rd year Chicano Studies major and member of Lambda Theta Nu Sorority. “Now we have connections in the Caribbean for our next trip out there.”

I studied at the University of the West Indies Cave Hill, considered to be the Oxford of the Commonwealth Caribbean. As a College of Creative Studies Literature major, I studied at the Errol Barrow Centre of Creative Imagination, a subdivision of the college which focused on art through media technology, theatre, and literature.

But if you’re going to Barbados, you need to know that the beach is your best friend. My housemates were addicted to the surf. Locals would take them up to Bathsheba, a spot on the West Coast. Living on the west coast side of the island, I’d sometimes light up a Cuban cigar on the balcony and watch them surf behind our house.

“That trip was epic. It’s crazy that we were even there,” said Dave Parsons, a senior Political Science major. “It feels good to be back, but I almost want to go back to the island. That feeling grows stronger every day.”

Some days we’d swing by a beach bar called The Boatyard, which had ocean trampolines, a rope swing and jet skis. At night, it became a club called Taboo.
My advice is to first check out The Gap, which has back-to-back clubs. As you get to know the locales, you’ll find other hotspots. On Friday nights, we’d go to Oistins, a fish fry and tourist area, to experience the great local food choices, live music and DJs.

To lure you in, the clubs will offer discounts, like two-for-one drinks, or girls get in free, or free drinks for an initial fee. Interestingly, Barbados is where rum was invented.
As for transportation, there are taxis, public buses and Z-Hars, which are white mini-vans that will take you everywhere. Since Barbados is a small island, you can go anywhere in half an hour.

Barbados has so much to offer, with great surf, tourist shops and cruises that can take you to fish-filled water where you can snorkel down to sunken ships and swim with sea turtles. There’s even an island safari, segway tours, submarines and deep-sea dives.

You can also travel to other islands, as Barbados is a jumping-off point to the rest of the Caribbean, including the Bahamas, Antigua, Guadeloupe, Martinique, St. Vincent and the Grenadines.

So whatever you fancy, Barbados has it. Be sure to contact the EAP office as soon as possible to plan your trip- the deadline has been extended to February 18!

Seven Things You Should Do Before Graduation

For the Love of Danish Pastries