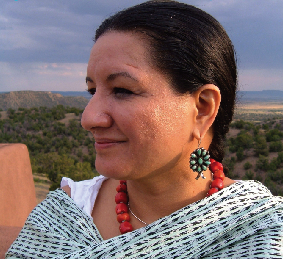 The Multicultural Center is known for putting on various programs such as movie showings, concerts, and lectures to advocate diversity. In the midst of immigration issues and discrimination when acceptance of diversity is needed the most, the timing of the free lecture “Writing in the Time of Mexiphobia, or Packing Your Papers” by Sandra Cisneros could not have been more perfect.

Co-sponsor Mario Garcia, professor of Chicano Studies here at UCSB, discussed why he specifically wanted Cisneros to lecture on campus.

“She is without question the finest Latina writer in the country and I wanted to expose my students to her. I am using her book House on Mango Street in my class so I wanted to put a face to the book,” he said.

On Wednesday, November 17, Campbell Hall was filled with hundreds of children, students, and adults who were all eager to listen to Cisneros, a renowned Mexican writer most famous for her book House on Mango Street.

After being introduced, the award-winning novelist and poet pranced onto the stage, modeling her new blue, colorful polka-dot K-mart pajamas and showing off her newly purchased Dora the Explorer bag with a smile. Her playful appearance and silly jokes made her well-liked from the beginning by the audience of all ages.

She started off by describing the writing process, comparing it to being comfortable at home in your pajamas, to fishing, and to a seed growing into a flower. She read aloud an unpublished essay about growing up with her mother from her work-in-progress Writing in Your Pajamas, a short story called “Mrs. Rivera” based on the historical life of Frida Kahlo, and a story from her soon-to-be-published adult picture book Have You Seen Marie?

Even though she did not read any of her poems because she wanted to keep the lecture G-rated for the young members of the audience, she did not disappoint anyone. Her stories were vivid in imagery, strong in character, humorous in anecdotes, and deep in meaning.

Fourth-year Chicano Studies major Elsie Nolazco was easily moved by the lecture because of her previous study of Cisneros’ work.

“I studied her story in a Feminist Studies and Chicano Studies class and thought her work was very inspiring,” she said.

Cisneros ended with a 10-minute Question-and-Answer session with the audience and even stayed after the lecture for about 45 minutes to sign autographs, take pictures, and answer more questions, which drew her closer to the audience.

When asked what inspires her to write, Cisneros said, “I write about problems, about the people I care about. Everyone does. Writing always starts with a question and it a writer’s job to find the answer.”