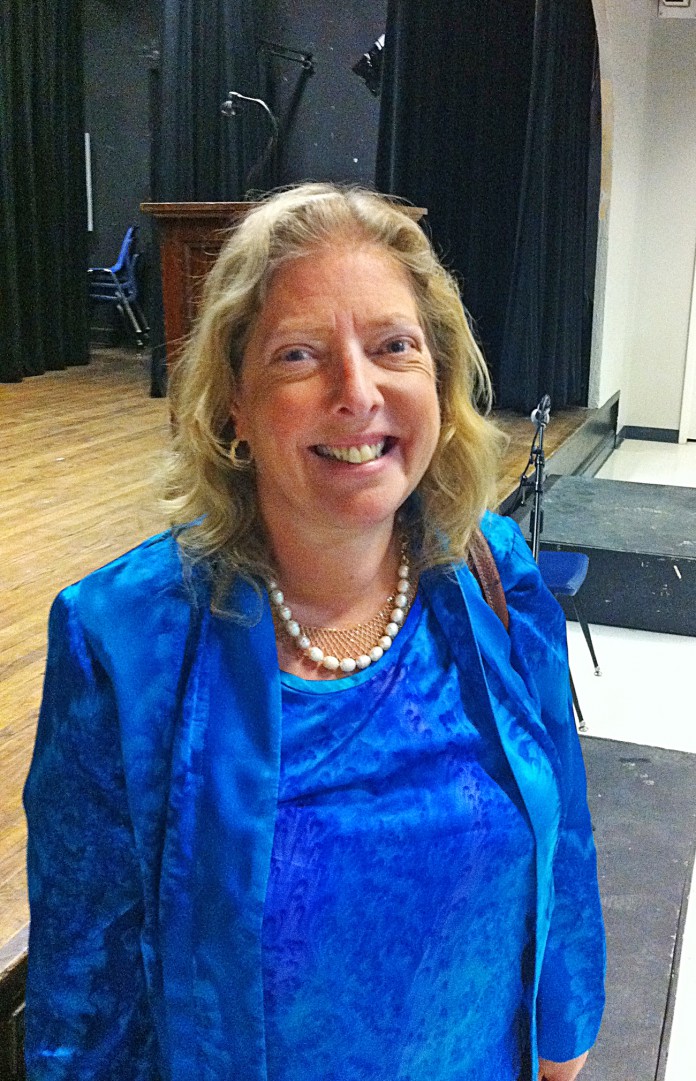 UC Santa Barbara audiences were treated to an intimate, eye-opening talk by Marjorie Agosín, an award-winning poet and human rights activist on Wednesday, November 10. The prolific author—who has been honored by the United Nations for her human rights work and by the government of Chile for her literature—was a very humble speaker and told mesmerizing stories of her diasporic childhood while discussing the influence of poetry throughout her life.

“You live in a very beautiful place,” Agosin said of Santa Barbara, “but how much of this beauty shapes your inner lives, and how much of it goes by unnoticed?”

In her lecture, Agosin said that she had tried to pay attention to the beauty surrounding her during her childhood in Chile, the memories of which still inspire her writing more than her current residence in the United States.

“The experience of poetry is the experience of slowness, and this [American] culture, always-on- the-go, doesn’t allow for this intuition, this slowness,” Agosin said. “After the Chilean miners finally came up into the sunlight, they were speaking slowly, in poetry.”

“I really appreciated her outside-of-American perspectives,” he said.

“I like what she said about trying to be open to conversation with strangers, interacting in a friendly way with people you don’t know, and just generally having less of a cautious air,” Miller said.

Agosin was very open to discussing intimate moments of her life, as well as those belonging specifically to her family and, more generally, to people of Chilean and Jewish heritage. When asked questions in the intimate setting of the Old Little Theater, she would respond freely and with a gentle, understanding air that suggested that she had taken on the suffering of many through her emotional and passionate life of writing.

Francisco Lomeli, the Chair of the Spanish and Portuguese department at UCSB, said that “her many backgrounds—Chilean, Jewish, immigrant, woman, political activist—make her an ideal spokesperson for those who are oftentimes considered silent.”

Agosin said she had always been interested in writing from other peoples’ perspectives, including people she has observed, which she called the “poetry of witness,” or historical figures. Agosin has also written collections of poems from the perspectives of her father and mother.

When challenged to answer what poetry could do to help the world, Agosin said, “The world is mostly run by non-intellectual minds, and literature, art, is the only way to peace.”

Agosin described poetry and other arts as a way to communicate more directly with people through emotions, which are sometimes more important than pure intellectual logic.

Communication is at the core of art; communicating directly between people so that real sympathy is born is integral to human understanding.

This human understanding is not based on outward characteristics, appearance, socio-economic class, or ethnicity, but transcends these base circumstances so that we are able to think and act based on the needs of others, and not only ourselves. Agosin said that this is the critical element lacking in the world’s large-scale political and social affairs, which are formalized, standardized, and subsequently dehumanized.

“She definitely knows how to captivate an audience with personal anecdotes, poetic assessments, insights, philosophical angles, and a verve that transcends simple words,” said Lomeli.