China will fully implement a “social credit system” that rates citizens on behavior ranging from online speech to expense records in 2020. This program intends to shape individuals’ behavior by benefiting high scorers with better access to their needs and restricting people whose grades are under the “required score.”

However, the government has not provided a clear and practical indication of the system’s future plan to address how individuals’ trustworthiness will be calculated, what the grading standard is, and to what extent it will influence citizens.

About nine million people have been recorded since China partially initiated this system, according to Jennifer Pak, Marketplace’s China correspondent. Pak is also author of “Inside China’s ‘social credit’ system, which blacklists citizens.”

The Supreme People’s Court has centralized the information of individuals who violated court orders and publicized persons deemed dishonest through blacklisting their identity on widely accessible billboards. It prevents blacklisted people from using public transportation like flights and trains by invalidating their ID card numbers.

Critics complain that the system limits citizens without specific terms or listed rules. Xie Wen, a victim of blacklist, was limited to large expenditures, “such as buying property, vacation packages, or private school tuition for his child,” Pak mentioned.

Additionally, his applications for loan and online purchases were rejected because the system labeled him as unreliable and presented his status as in debt. It also substantially hindered his normal social activities. “My clients didn’t trust me. I didn’t get much work,” Xie said.

Blacklisted people are not informed by government or related departments until their requests are unexpectedly denied. Li Xiaolin is also blacklisted under a Chinese court’s decision. The court decided Xiaolin’s apologies to his client for unprofessional yet unintentional mistakes were not sincere. His mistreated sentence from bureaucracy induces considerable inconvenience which also inevitably undermines his image as a lawyer.

On the other hand, defenders of the social credit system see it as similar to the FICO mortgage scoring system in the U.S.

Hu Naihong, a credit expert, promotes the usage of this Chinese system. Naihong indicated in Pak’s report that if we view this subject from the perspective of the banking system and creditors, the social credit system provides agents with a more efficient and effective way to select reliable borrowers.

Additionally, the system prioritizes high scorers by ranking individuals’ credibility. This substantially reduces the cost of creditors for waiting and agents for assessing and investigating.

With this system, the government aims to modify citizens’ ethical and moral behavior that is sometimes out of a court’s ruling but is deemed indispensable for the sustainable growth of Chinese society. Accordingly, supporters expect the system to formalize a more harmonious environment with citizens who automatically correct themselves for inappropriate behavior.

The future trajectory and influence of the system are mysterious. However, the Chinese government has released the system’s prototype. Further practices and concrete data will be needed to fully evaluate this new system. 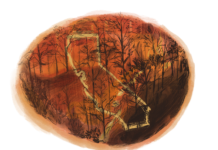