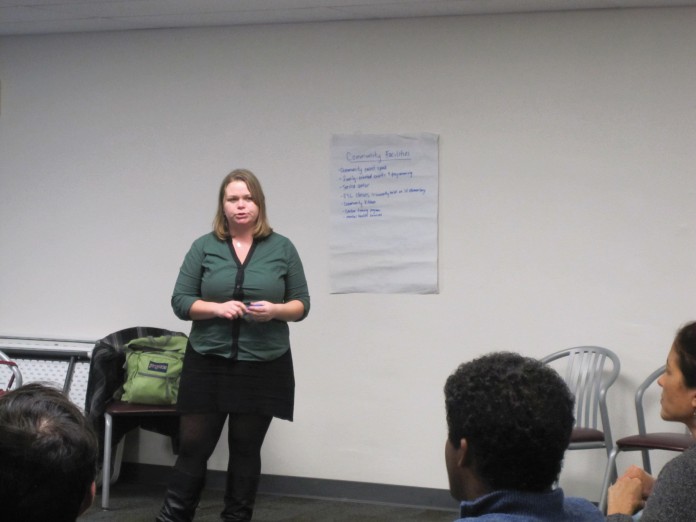 For the past three months, a group of Isla Vistans have gathered every week in the conference room of the IV Clinic Building for a couple of hours to discuss the specifics of Assembly Bill 3 (AB3) — a bill that aims to establish a Community Services District (CSD). On Jan. 5, 2016, members of the community met once again to discuss the powers of the CSD. The meeting focused on the relationship between a CSD and the future community center in the works, located at 976 Embarcadero del Mar in IV.

The building is currently furnished but does not house any activities or events, and is under the control of the County of Santa Barbara. Last year, Santa Barbara County Third District Supervisor Doreen Farr secured $483,000 in funding for the development of the community center. That money is only for capital development, not for facility management. Now, IV stakeholders are interested in the building’s functionality were voters to approve the formation of a CSD in this year’s November ballot.

The meeting was led by Darcel Elliott, District Director for the Office of Assemblymember Das Williams — AB3’s chief architect. The conversation focused on the stated power of the CSD to “acquire, construct, improve, maintain and operate community facilities, including but not limited to community centers, libraries, theaters, museums, cultural facilities and child care facilities,” Williams said.

“The reason that we picked that as one of the powers we wanted the CSD to have was because of the community center,” Elliott said. According to Elliott, a benefit of the CSD controlling the community center would be a more local presence in management instead of depending on the county to allow and organize activities.

The community center building, alongside the clinic building where the meeting was held, used to be under the oversight of the Isla Vista Redevelopment Agency (RDA); but after the dissolution of the RDA, the control of the buildings was seceded to the County Executive Office of Santa Barbara County (CEO), according to Renée Bahl, assistant county executive officer to the County of Santa Barbara. Bahl specified the conditions under which the community center is subject to when choosing what its use may be.

“Both [the IV Clinic Building] and the … soon to be community center building need to be used for public purposes that serve public entities or nonprofit entities — it’s not a for-profit operation,” Bahl said.

One idea to pay for some of the functions of the community building was to hire a grant writer, which would amount to $50,000 per year, according to Elliott. Throughout the discussion, examples of services provided in the building included things such as mental health services, recreational classes, a community kitchen, career services and a personal event center.

One of the main talking points of the night was what kind of events can be held in the building.

“If you’re going to do Zumba or do a class or a quinceñera or a yoga class, people would pay a small fee to come in and that would help cover the cost of the building,” Executive Director of the Isla Vista Youth Projects LuAnn Miller said.

Soon after Bahl reminded the attendees about this fact, a hypothetical situation was set. If someone wanted to have a private party like a wedding or quinceñera, could they be sponsored by the Isla Vista Recreation and Parks District, therefore meeting the government criteria? The answer: maybe.

“I can’t give you a hard and fast answer to that,” Bahl said. “But I think there will be creative ways.” Bahl then warned that constant use of the building as a place for private events where the public is not invited could be a violation of the agreement that the county has set. Attendees kept trying to compare the IVRPD and their use of parks to the community center, but Bahl pointed out that the stipulations are different.

University of California, Santa Barbara Professor Kim Yasuda used a personal situation as an example of how the community building could be used. Yasuda’s daughter, a high school student, produced a play where she also served as an actor and was interested in performing it in IV. After several failed attempts to acquire a venue, they ended up playing it at St. Michael’s University Church after paying a $200 fee per night. The conversation then shifted toward venue spaces and sizes, and how the community building could have served as a venue for the play.

At the end of the meeting, there was a general sense of progress around the room, but with questions still hanging in the air. Whether a CSD is formed or not, the consensus was that IV needs a location that community members can identify as a place of gathering. Construction is expected to be completed in the first quarter of 2017.