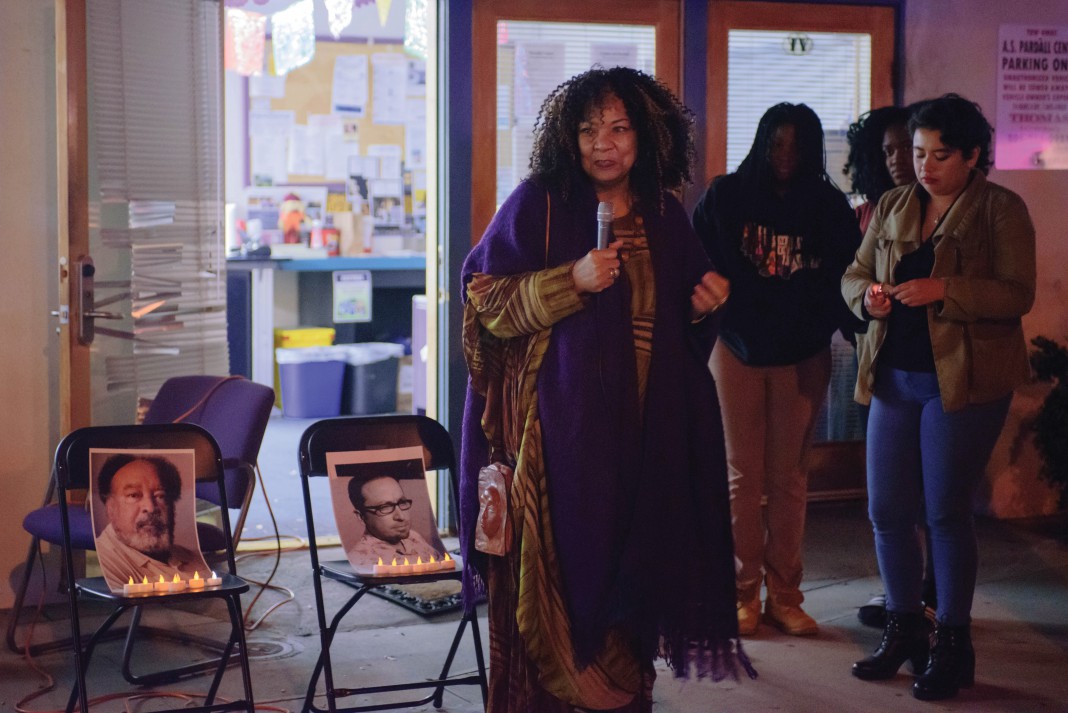 University of California, Santa Barbara students, faculty and community members gathered at the Associated Students Pardall Center on Jan. 7 to honor and commemorate the lives of professors Otis Madison and Horacio Roque Ramirez. Coordinated by members of UCSB’s Black Student Union, the vigil provided a space for those in attendance to reflect upon their lives and share stories of the impact each had on them.

Sharing news of Madison’s death in a campus memo on Jan. 7, Chancellor Henry Yang wrote that Madison was “a powerful intellectual and phenomenal teacher whose career had a profound impact on countless students and colleagues.”

Originally coming to UCSB in 1975 as a doctoral student of political science, Madison spent more than 30 years as a lecturer in the Department of Black Studies after completing his degree. During his time at the university, Madison was named “Professor of the Year” in 1992 by UCSB’s Mortar Board and is remembered by many students for his unique personality and fiery lecture style.

News of Ramirez’s death was shared by the Chican@ Studies department on their website and Facebook page. In a post written by Interim Department Chair Gilberto Q. Conchas, Ramirez was described as “an engaging scholar, a true mentor and a lively, friendly member of the Department of Chicano/a Studies.”

Immigrating to the United States from El Salvador at the age of 12, Ramirez and his family escaped the Salvadoran Civil War and settled in Los Angeles, Calif. As an undergraduate at the University of California, Los Angeles, he co-founded the Latin American Students Association and received the Alumni Association’s Outstanding Senior Award in 1992. After completing work with Proyecto ContraSIDA Por Vida and other postdoctoral appointments and research, Ramirez joined UCSB as part of the core faculty in the first Ph.D. program in Chican@ Studies.

“I feel blessed that I was able to engage with him — to read his writings, to enjoy his humor [and] his smile,” Bermudez said. “Even though I only had a brief amount of time to know him, I feel that he truly has impacted my life.”

Like Ramirez’s influence on Bermudez, fourth year black studies and sociology double major and BSU co-chair Jamelia Harris credits Professor Madison with playing a role in her decision to pursue black studies. Though originally intimidated by his unapologetic style, Harris appreciated the emphasis Madison placed on creating a space for black students during lecture.

“He didn’t aim to please anyone in the class or placate people — he made sure black students’ voices were centered in the classroom,” Harris said. “That’s what I appreciated about him.”

Second year graduate student Rudy Mondragón called Madison an inspiration and motivation. Turning to him for guidance in his doctoral research, Mondragón laments the death of Madison as a blow to future generations of academics and scholars.

“He showed me the love and gift of sharing that true elders show to young scholars,” Mondragón said. “When I think about Otis and when I found out about his passing, that’s the first thing that came to mind — he’s an elder that we lost.”

“Horacio was an attractive guy,” Armbruster-Sandoval said. “When you were around him he wasn’t somebody that sucked the air out of the room. He could talk, he could listen — he was very charismatic and engaging. I keep coming back to the word brilliant.”

Armbruster-Sandoval spoke to the effect Madison had on his students. According to him, Madison was revered by many for the truth he spoke and participation in student activist spaces.

“Otis stood up for justice — for people that were hurting — and people knew that,” he said. “That’s why people gravitated to him. He spoke his truth and people loved him.”

As a military veteran, sixth year Chican@ studies graduate student Lola Móndragon recounted the connection she felt with Ramirez throughout their friendship.

“We didn’t have a lot of words we needed to share,” Mondragón said, “and we understood that. We would sit there and he would validate the experiences I was having as a graduate student in the academy — a place that is very violent, especially against people of color and queer people like myself.”

Madison’s wife — Joanne — and his children — sons Taiwo and Kehinde, and daughter SaidaaKai — briefly attended the vigil. Thanking the organizers and those in attendance, Joanne Madison offered some final words on behalf of the family.

“You know how he was — he had a bark worse than his bite,” Joanne Madison said. “It always touched him when students would meet him and come back to say [his class] changed their life. I know he would be really touched by your vigil tonight to honor him.”