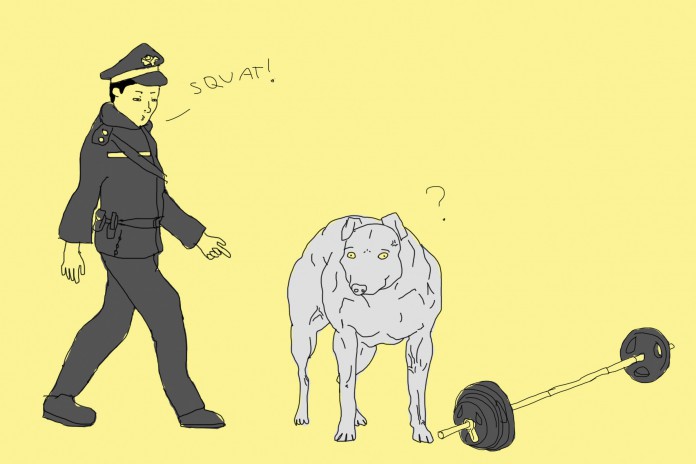 Researchers at the Guangzhou Institutes of Biomedicine and Health in China have been working to genetically alter beagles. More specifically, they have engineered these once little mutts to have double their own muscle mass.

Scientists amplified muscle mass by getting rid of myostatin, a protein produced by muscles that restricts muscle cell growth. The hindrance, or lack of, myostatin results in more athletic animals and humans. In fact, muscle mass can almost be doubled in some cases.

Myostatin was first discovered in 1997 by Se-Jin Lee and Alexandra McPherron, so this is still a relatively new gene to science. They disrupted the myostatin gene in mice, leading to a strain of mutant mice with twice the amount of muscle.

The effect of myostatin has already been observed in cows. Two breeds of cattle, the Belgian Blue and Piedmontese, have natural mutations that cause an absence in the myostatin gene. As a result, these cows have up to 40 percent more muscle mass than the normal cow.

In 2007, there was a study done on whippets, a breed of racing dog, that revealed enhancements in their performance due to myostatin. A natural mutation affecting the production of myostatin resulted in a muscular breed known as the “bully” whippet.

Liangxue Lai, a researcher involved in the project, said that the dogs “are expected to have stronger running ability, which is good for hunting, police (military) applications.”

“The goal of the research is to explore an approach to the generation of new disease dog models for biomedical research,” said Lai. “Dogs are very close to humans in terms of metabolic, physiological and anatomical characteristics.”

Because of the similarities, researchers plan to genetically alter dogs to develop neurodegenerative diseases that humans face. This can be used to study and create treatments for ailments such as Parkinson’s disease and muscular dystrophy by observing the affected dogs. Beagles are actually commonly used for biomedical research in Canada and the United States.

There may be some disadvantages to the muscular dogs. Some animals with myostatin deficiency have been reported to have reproductive issues. The offspring, like their parents, are bulkier, heavier and require more attention and care, as well as a specific diet.

Also, breeding the beagles with a disruption in the myostatin gene was not an easy task. They introduced a gene editing chemical into 60 beagle embryos. Out of the 60, only 27 puppies were born. Of the litter, only two had mutations in the myostatin gene. Hercules, the male beagle, still had traces of myostatin in a portion of his muscles. The other female dog, Tiangou, was successfully engineered to be bigger and more muscular than dogs without the gene.

Unlike the genetically altered micro-pigs, there are no plans to commercially sell the burly beagles to the public yet. However, in the future, there might be more genetic engineering done to dogs to change their size, increase intelligence and cure genetic illnesses. Sorry folks, you will not be able to have your little one ride these dogs and pretend they are on a pony just yet.