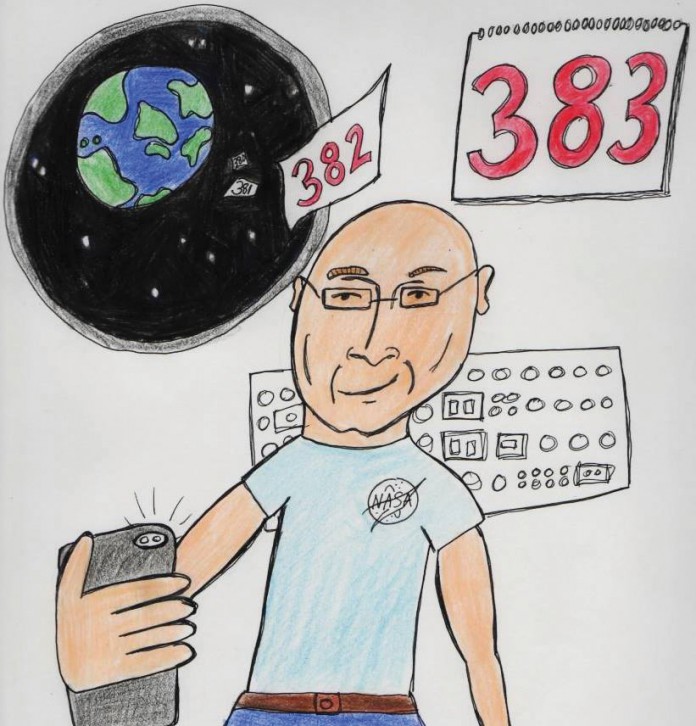 On October 16, 2015, U.S. astronaut Scott Kelly began his 383 days in space and broke the record for the most cumulative days off-planet, providing NASA with the opportunity for vital research about human health in long duration spaceflight.

Kelly and the rest of the One-Year Mission crew journeyed to the International Space Station (ISS) in March with Expedition 43. One of the main components of this mission is the Human Research Program (HRP), an in-depth study of the effects of microgravity and isolation on the human body and mind.

“With the collaborative efforts of the international crew and research teams, the world can watch and benefit from findings that are pushing the boundaries of exploration while contributing to human health,” NASA reports.

Space travel takes quite a toll on the human body. The information this mission will gather is vital for sending astronauts to Mars in the near future, NASA states. A round-trip journey would take approximately three years.

As the National Space Biomedical Research Institute (NSBRI) states, “The human body is uniquely designed to live in Earth’s gravity.”

According to the NSBRI, possibly the most problematic of changes to the human body in space is the loss of muscle and bone. Living in microgravity means astronauts float around rather than walk. This results in less weight load on the legs, leading to a weakening of the leg muscles. The astronauts are made to exercise daily to combat this, but many still have difficulty walking when they return to Earth. Likewise, bones often weaken, because the reduction of weight load on the legs causes bone breakdown and the release of calcium.

A recent study at the University of Texas has also shown us that two-thirds of astronauts experience anomalies in eyesight upon their return. These anomalies include mild visual changes, optic nerve swelling, retinal changes, intracranial pressure increases and eye-shape changes.

“The underlying cause of this is not fully understood,” NASA spokesman William Jeffs told BBC.

Richard Hollingham, representing the BBC, says spaceflight also has considerable impacts upon the human immune system. A study by NASA has shown that white blood cells become less effective while in space. This means astronauts will be more susceptible to disease upon their return to Earth, because they will have a much weaker immune system. It is suggested this is, yet again, due to the lack of gravity.

Hollingham stated cosmic radiation is one of the more concerning problems for astronauts in space. He reported that the ISS orbits close enough to Earth that the atmosphere is able to offer it some protection from the more dangerous impacts of cosmic radiation, but explained this protection is lost once astronauts venture further into deep space.

“However, once in deep space — on the way to the Moon or Mars, for example — the dangers of lethal doses of radiation become an increasing worry, and may even make long duration missions too dangerous,” Hollingham said.

NASA’s studies of Apollo astronauts who were exposed to cosmic radiation when in deep space have shown no evidence of an increased risk of cancer. However, further studies have shown cosmic radiation may weaken the lining of blood vessels and potentially initiate the acceleration of coronary heart disease.

The impact of long-duration spaceflight on humans goes beyond just physical health though. The Behavioral Issues Associated with Isolation and Confinement: Review and Analysis of Astronaut Journals investigation is now in it’s second phase. According to NASA, the journals kept by Kelly and his crewmates during the One-Year Mission will give NASA a better understanding of the equipment, habitat and procedural factors that help astronauts adjust to their new spatial confinement and isolation.