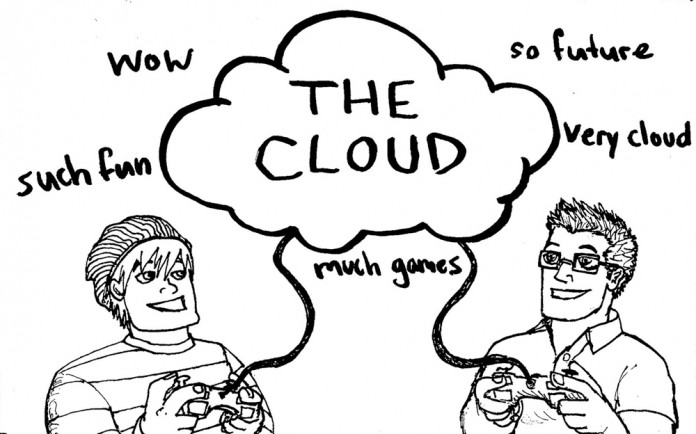 Sony has announced PlayStation Now, a cloud gaming service that will stream PlayStation games to the PS4, PS3, TVs, tablets, and smartphones.

PlayStation Now works similarly to Netflix, in that game software is run on remote hardware and the video is then streamed to the consumer’s device. From the player’s perspective, the input of his controller and the video he sees on his screen should cohere as a real-time gaming experience.

Sony made the announcement at Consumer Electronics Show (CES) 2014, where it demonstrated the service to attendees with games such as “The Last of Us” and “God of War.” Participants were able to test out the service on Sony’s Bravia TV’s and PS Vitas. Firsthand reports from IGN were positive, remarking that the streaming service was “very playable” and “it wasn’t experience diminishing in any way.” In a statement made at CES, Sony’s Director of Strategic Planning, Peter Jamshidi, said that “our goal is to provide PlayStation quality regardless of the device, and that’s first and foremost in our thinking.”

In addition to the PS4 and PS3, PlayStation Now will initially support the PS Vita and Sony’s 2014 line of Bravia TV’s, with support for Android and iOS devices expected to come later.

Besides hardware, Internet speed requirements are also a factor to consider. According to IGN, PlayStation Now video resolution will be limited to 720p and Sony recommends a rather modest Internet download speed of at least 5Mbps. Sony also emphasized the importance of low latency, the signal delay between the player’s controller and Sony’s servers, as a high latency connection could make for an unresponsive gaming experience.

In addition to the PS3 games demonstrated at CES, a wide library of PlayStation’s titles may be made available on the streaming service. Matt Harper, Senior Manager of PlayStation Digital Platforms, wrote on the PlayStation Blog that “we are considering measures to offer other content in the future (such as PS1, PS2, and PS4 games).”

A pricing scheme was not delivered at the CES announcement, but Harper stated on the PlayStation Blog that “with PS Now, you can rent by title for specific games, or you can choose a subscription.” Harper also indicated that the actual cost of the service was to be determined after the beta testing phase, which is set to end by February.

A very important factor of the PlayStation Now service is its potential to make console hardware obsolete. In theory, anyone with a Bravia TV, tablet, or smartphone will be able to play modern, high end video games, untethered to the high initial cost of a modern console. However with the recent launch of the PS4, it is unlikely that Sony will drop out of the hardware market any time soon, and is more likely to promote the service as a supplement to its hardware rather than a usurpation of it.

“We believe this streaming game service will add tons of value to dedicated game consoles in addition to packaged and downloaded games,” stated Harper on the PlayStation blog.

Another notable repercussion of Sony’s CES announcement was the drop of video game retailer GameStop’s stock value. According to Forbes, GameStop’s shares had fallen 8.37 percent on Jan. 7 at the close of Tuesday’s markets. This drop may prove prescient as video games continue to trend toward digital-only models, eliminating brick and mortar stores, as well as the used game market that GameStop thrives on.

PlayStation Now is set to launch for the US market this summer.