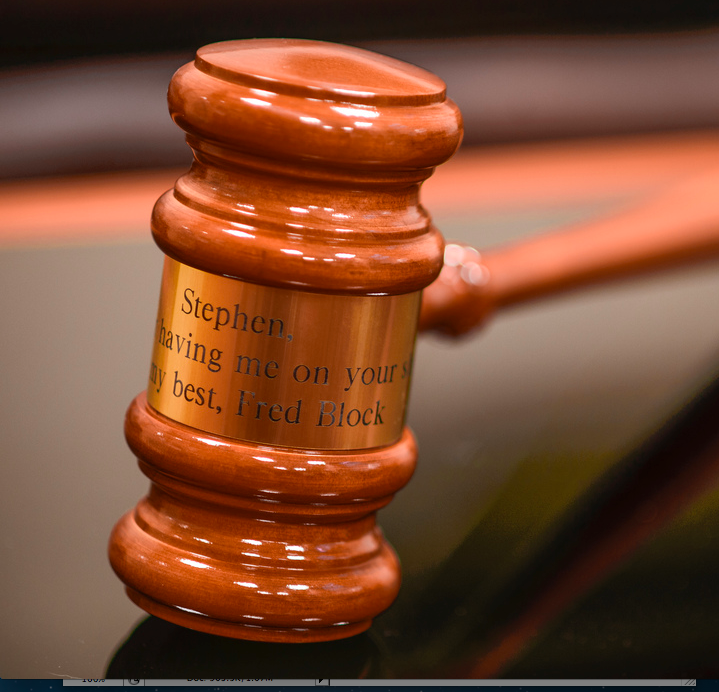 A little over a year ago, Anna Alaburda’s groundbreaking class action lawsuit against her Alma Mater, San Diego’s Thomas Jefferson School of Law (TJSL), reached the discovery phase. This opportunity to acquire evidence through civil procedures marked a new frontier, unreached by any similar lawsuits at the time.

“Her allegations of a culture within American legal education where fraudulent reporting is a legitimate strategy are sure to reignite concerns about the quality of data that schools reports,” the Law School Transparency article claims, “how schools present data to the public, and whether the current level of public investment in legal education is appropriate in light of this culture.”

These concerns have in fact been reignited and have resulted in an onslaught of similar class action lawsuits across the country. Some people have raised concerns about the true intent of those filing the lawsuits and whether or not it is primarily for the settlement money.

“I think some representatives are interested in declarative or injunctive relief so that future law students don’t run into the same problems,” said Jesse Strauss, one of the lead attorney’s in this fight against law schools, in response to those concerns. “Some may be interested in monetary compensation because of their high debt loads.”

In July of 2011, Kurzon Strauss (now Kurzon LLP), a small New York based law firm, found plaintiffs to file lawsuits against Thomas M. Cooley Law School as well as New York Law School; however, both cases were eventually dismissed by the trial courts in Michigan and New York.

After complicated legal procedures took their toll, Jesse Strauss opened Strauss Law PLLC, which, along with the Law Offices of David Anziska, planned, not only to take the previous two law school cases to the court of appeals, but also to sue 15 additional law schools via precedents set in Alaburda v. TJSL.

“Almost every law school in the country will be sued by the end of 2012,” Strauss claimed in an October 2011 press conference. “[the problem] isn’t going away, and the legal academy isn’t owning up to it.”

In February of this year, Strauss and Anziska announced their partnership with six additional law firms across the country, from California to Illinois to Florida. They filed 12 lawsuits with more than 50 law school graduate plaintiffs and announced plans to sue anywhere from 20 to 25 law schools every few months.

Skepticism around the use of class action suits as the best solution for regulating the legal education system and the American Bar Association’s ability to hold schools accountable  has been expressed throughout the course of this crisis.

“[We] wonder how the American Bar Association can continue to stand by and watch,” Staci Zaretsky of Abovethelaw.com said in her October 2012 editorial. “Law schools around the country continue to put out employment statistics that even judges have characterized as ‘inherently untrustworthy.’”

Still some, such as Michael C. Sullivan, an attorney representing the law schools, hold the prospective law students accountable for their own misfortunes.

“What I find most ironic is that those individuals advertised themselves to law schools as great critical thinkers,” Sullivan said of the law-school graduate plaintiffs in an interview with the Los Angeles Times. “Now they say they never considered the possibility that employment might include part-time jobs.”

Both sides have offered arguments, and it may be true that each party should step up and take its share of responsibility and accountability. University of California, Santa Barbara senior and prospective law school student Tahir Aimaq expressed a similar view.

“The schools should be held accountable,” Aimaq said. “However, most students shouldn’t believe the incredibly consistent data that various law schools belt out and should call the admissions office or career center of the school for the real data.”

With the fourth highest number of State Bar members, behind only UC Los Angeles, UC Berkeley, and University of Southern California, respectively, this is true for UCSB’s undergraduates as well.

If successful, these class-action suits could be used as an agent of social change.

“If it means bringing awareness to potential law students and teaching them to do their due diligence on law schools’ employment data,” Aimaq said, “then yes [they could].”