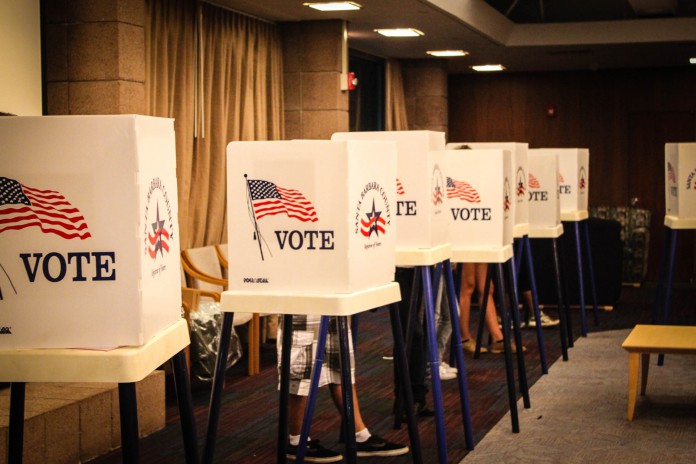 In a matter of days, the United States Supreme Court will consider striking down part of the Voting Rights Act of 1965, a move that could potentially change the limits of federal voting rights. The law is an enduring piece of legislation that came in response to demands of the civil rights movement and was aimed at curbing the discriminatory effects of literacy tests on black voters in the 1960s.
According to the Veterans of the Civil Rights Movement, in states such as Alabama and Louisiana, otherwise qualified voters were required to pass literacy tests in order to be allowed to vote. The tests effectively denied suffrage to many black voters in as many as 10 states across the South, and were coupled with other dubious practices such as keeping deceased white voters on the rosters of eligible voters. Some of these deceased even managed to cast votes postmortem—a practice known as “tombstone voting.”
The case before the court, Shelby County v. Eric Holder, concerns whether or not Section 5 of the Voting Rights Act, which houses the law’s most important enforcement provision, is still necessary today. Section 5 established the right of the federal government to oversee voting laws in “covered” states where restrictions on minority voters had been discovered in the 1964 election cycle. States such as Texas and South Carolina are not allowed to make any changes to their voting laws without first receiving approval, or “pre-clearance,” from the Justice Department or other courts in Washington, D.C.
Shelby is an unusual case for the court in that Shelby County officials are not claiming that the law, or any of its sections are actually unconstitutional. Rather, the plaintiffs from the small Alabama county are disputing whether Congress’ right to put states with a checkered history in minority voting under their surveillance need be exercised today, almost 50 years after the law’s initial passing.
Indeed, times have changed since the legislation was first brought into force. When the act was written, regions became subject to the Justice Department’s pre-clearance rules if they were found to have employed any “test or device” on eligible voters during the 1964 election cycle. Regions in question also had to have fewer than half of all eligible voters participate in that election.
The intent was to match states, counties, or townships where minority voters were forced to pass the aforementioned literacy tests with poor voter turnout to prove that the tests had unfairly discouraged voter participation. But the law also provided an escape hatch for covered regions. If a region could prove that it had abandoned all discriminatory practices for a period of 10 years, it could request to “bail out” of special federal standards on voting laws. Since 1984 when the latest bail out rules were approved, two cities in North Carolina and Georgia have successfully sued their way out of meeting federal requirements.
According to the American Civil Liberties Union, many of the traditional obstructions to voting have subsided and today, there are no such literacy tests for voters in any region of the United States that existed when the act was enacted. Still, the law has been renewed each of the four times it has been set to expire, with the latest extension coming in 2006.
Today, some supporters of the law, including Columbia law professor Rodolfo O. de la Garza, say that if undue pressure on black voters has subsided it is because Latinos and other ethnic groups have become the focus of new discriminatory practices not cited by the Voting Rights Act. In May of 2012, the Department of Justice sent a letter ordering election officials in Florida to stop its practice of combing through voter rosters and taking out suspected ineligible voters. By that time, Florida had taken out 2,700 names from voting rosters on the suspicion that the individuals were, in fact, not citizens. The Miami Herald reported that 58 percent of the names were of Hispanic origin, arousing suspicion that the operation, which had been approved and commanded by Republican governor Rick Scott, was intended to unfairly target Hispanics. According to de la Garza, in Arizona, a state that is still under the regulations of the Voting Rights Act, election materials provided by the state in Spanish falsely listed election day as Nov. 8 instead of the correct date of Nov. 6.