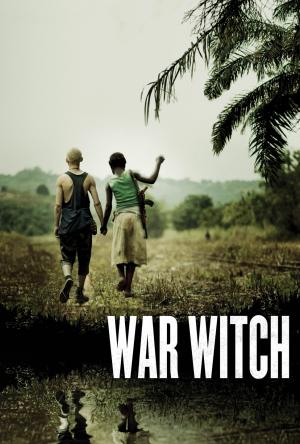 In the 21st century, it can be difficult to emulate the silent film experience that was so popular in the early 20th century. But on Feb. 10 at University of California, Santa Barbara’s Pollock Theater, Mary Pickford’s 1926 classic, “Sparrows,” achieved that effect by running on 35mm film with pianist Michael Mortilla’s live accompaniment. The Carsey-Wolf Center and the Library of Congress presented the film as part of the film series “The Future of the Past: The Art and Philosophy of Film Preservation.”  The screening was followed by a Q&A session with Mortilla and Christel Schmidt, author of “Mary Pickford: Queen of the Movies.”

Before the film, Schmidt gave a brief account of Pickford’s life and career. She introduced her book as “My baby. Four years people, I carried this for four years.” Schmidt described Pickford’s extraordinary ambition and drive that first caught her interest, as well as her indispensable role in co-founding the United Artists film studio as well as the Academy of Motion Picture Arts and Sciences.

In “Sparrows,” a 34-year-old Pickford plays a teenager named Molly who, as the oldest child on a baby farm, is tasked with taking care of the other children and keeping them from harm at the hands of their evil master and the dangerous swamp that surrounds them.

Schmidt spoke of the false perception that silent film is unrelatable in the 21st century; to this, Schmidt argued that silent film entertained the nation for 30 years before “talkies” became popular. The film, though from decades ago, still speaks to universal themes of hope, escape, and religion.

I personally formed an attachment to the characters, whom I found especially charming. There were even moments of humor amidst the dark plot, like when Molly, in the middle of their great escape from the swamp, makes all the children kneel down and give thanks to God for their rescue before they can carry on with their getaway. Never did I feel indifferent about the story or unable to relate to it; it wasn’t just the film that was enjoyable, but the entire silent film experience that was completed by Mortilla’s piano virtuosity.

Mortilla, a professional composer and sound designer who works extensively with the Academy of Motion Picture Arts and Sciences, accompanied the film continuously for the entire 90 minutes. At no point did the audience perceive repetition or exhaustion in the music, which speaks volumes to Mortilla’s skill and expertise. He added an additional emotional layer to the film, playing rumbling minor bass notes to signify the evil Mr. Grimes or a tinkling trill to mimic a ringing bell. In a way, he used the piano as a means of storytelling.

After the screening, Film and Media Studies professors Charles Wolfe and Ross Melnick moderated the Q&A session with Schmidt and Mortilla. Schmidt said the goal of her research on Mary Pickford was to restore the actress’s reputation. Pickford, although considered the “Queen of the Movies,” was an actress at a time when film was a second- rate entertainment form, comparable to reality television today. Pickford used her fame to counteract that notion and prove that film was a respectable art form. According to Schmidt, “She wanted to make the best movies. She wanted to make art.”

To Pickford, her fame and talent meant nothing if film was dismissed as insignificant. Schmidt’s mission was to find Pickford’s films and make them accessible to the public, thereby restoring her reputation as an accomplished actress.

“Sparrows“ is now a restored work and is even available on DVD. For more information on “The Future of the Past” series, visit http://www.carseywolf.ucsb.edu.