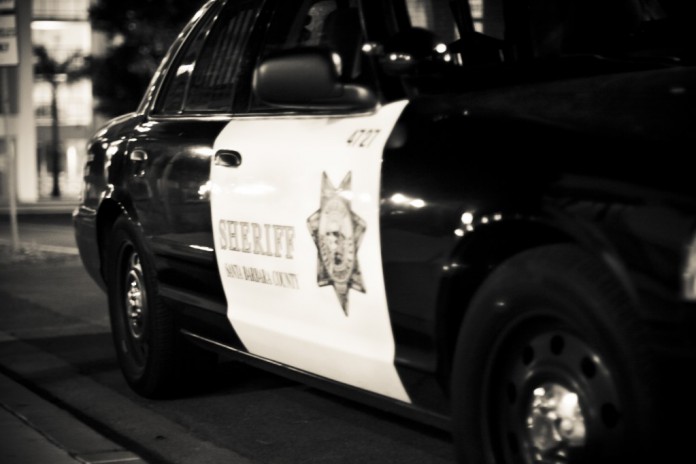 After years of discussion, the Santa Barbara City Police Department is outfitting all of its squad cars with video cameras in an effort to protect the department from liability.
The City Council authorized the $220,000 purchase this past December after the Santa Barbara County Grand Jury urged a move to modern camera techniques. The department used relatively clunky VHS recordings until the early 2000s, but their use was discontinued due to a lack of funds. Heightened public expectations regarding department liability, combined with the development of smaller and more cost-effective technology, have led the agency to make another foray into the world of videotaped traffic stops.

“We are the largest agency in the county that doesn’t currently have cameras installed,” explained Sergeant Riley Harwood.

Technicians from Global Mounting Systems, an electronics installation company with which the department holds a trusted relationship, began setting up cameras in 28 patrol cars early last week. Once the cameras have all been put in place, the department must undergo weeks of road tests in order to determine how officers can best implement the equipment.

“Concurrent with that, we’re working on re-writing our policy to deal with the new technology,” commented Harwood. “We need to train all of our personnel in using the equipment. I’m hoping by sometime in March that that’ll all happen.”

The Grand Jury decision was corroborated by an October 2011 scandal involving a DUI officer who allegedly used excessive force against a civilian during a traffic stop. In light of several eyewitness accounts, Officer Aaron Tudor was accused of tasing and brutally assaulting a non-confrontational motorist who he suspected had driving under the influence. Tudor’s car was outfitted with a test camera at the time, and SB Police Chief Cam Sanchez has since released the footage and claimed that no department protocol was broken.

Tudor’s case is set to go to trial later this month, and the incident has brewed a storm of discussion regarding police department liability—in situations such as Tudor’s, footage of the incident could spell the difference between exoneration and scandal for accused policemen.

According to Harwood, the cameras will be integrated into the computers already present in the cars, although their installation necessitates and runs concurrent to the placement of additional antennas and faster computers.

A high-definition camera will be attached to the front windshield of each of 28 of the department’s patrol cars, and will be complemented by a smaller infrared camera attached to the back portion of the car. The HD camera is designed to record the proceedings of traffic stops, while the rear camera will monitor suspects that are being taken into custody. The cameras will be rolling at all times, and an officer can trigger a belt-mounted microphone to activate a simultaneous audio recording feature for larger events.

Technicians from the video system company, WatchGuard Video, will help process the countless hours of video rolling out of the patrol cars. WatchGuard, a big name in the business, supplies nearly one third of all U.S. law enforcement agencies with their in-car camera systems.

“They’re one of four systems we tested,” explained Harwood. “They’re largely the leader in putting HD video in police cars.”

The coming months will determine how the Santa Barbara Police Department handles its new technology, and department officials have high hopes for the benefits of squad car modernization.