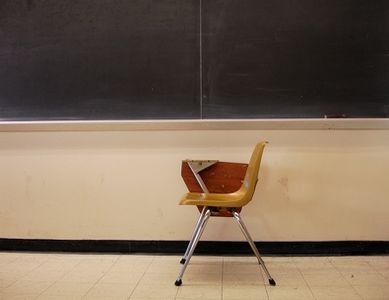 Sometimes before a class starts, a professor will introduce a person that most people in the class have never met before. This presenter will pick up a microphone and proceed to tell all of Campbell Hall how great a club event is going to be, or how totally cool this new program is. Personally, all I hear is “blah blah blah Friday night blah blah blah support us blah blah blah thank you for your time and go Gauchos!” I am too sleepy and mildly grumpy to care. The rest of the class looks about as enthralled as a cat trying to be led on a walk by a human. Then the presenters leave, the class gives the obligatory round of applause and the professor starts the lecture five to 10 minutes late.

“These people didn’t pay for my time and they’re coming into classes that I’m paying lots of money to attend, pitching their stuff that I don’t want,” said Reddit Contributer kadhai on the UCSB subreddit thread on the subject.

Most of the responses went something along the line of “we don’t really care one way or the other.” Nobody actively endorsed these announcements, some people expressed indifference, and some people want the announcements gone. It seems like there is an obvious conclusion here. Quit the classroom announcements.

I understand that professors technically can give the right to whomever they wish to take the stage in class, but why do it? Not a single person is upset when there is no announcement. Some people get upset when there is one. For me, it does not make much of a difference, seeing as I zone out for at least five minutes of classes regularly. It does not impede my ability to get my education the way I want it, but I respect that some people feel differently. Going to college is a really big deal and a big opportunity for a lot of students that take every single minute of class seriously. That is admirable (I sure wish I could be that focused all the time). Why not make a change to fit those students’ needs when it does not adversely affect any of the other students in the class?

To be clear, it is not a right for people to come into classes and make an announcement; it is a privilege. Some professors do not grant this privilege, and some professors do. I think there ought to be a rule prohibiting announcements during scheduled class times. If it takes away from the experience of some students, has no effect on the rest of them, and has a positive impact on nobody, then why allow it?

It would be different if these presenters waited until after the class period was over, or made their announcements before the class period started. There are other ways of publicizing (the Arbor, Facebook, etc.). Entering a classroom, which is a private environment, is just another outlet, and is very much a privilege. If some students feel like this is a breach of their contract with the University, or feel like their hard earned money is going to waste, then we as a University should revoke that privilege.

After all, nobody is really going to miss those announcements anyways.