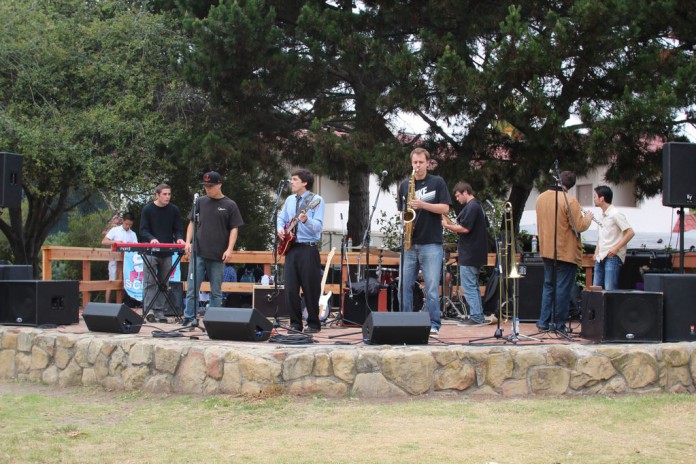 At this year’s Battle of the Bands only one group emerged victorious: The Fire Department. Now set to take the stage at Extravaganza, the members are more excited than ever to showcase their true skill and music that is “funk-a-licious, groovetastic and boo-tay shaking,” according to lead singer Zeal Levin.

The band, previously known as The Rage, consisted of lead vocalist Zeal, drummer Evan Monroe, and bass player Thomas Semow. The trio attended middle school in Oakland, where they began performing at venues in the Bay Area and recording works, where they had the first opportunities to play in front of the masses. After racking up a considerable amount of experience in the San Francisco area, the group migrated to Santa Barbara, where the majority of members attend as students.

“Our music starts fires,” said vocalist, guitarist and head of the group Levin.

In describing the band’s eclectic style Levin joked, “If James Brown and Stevie Wonder had a baby and then that baby had a super baby with D’Angelo and Led Zeppelin.”

The group hopes their unique combination of guitar, saxophone, clarinet, flute, percussion and drums will make for a highly entertaining and accessible set for audiences.

“We are stoked to showcase our brand of funky rhythm, slappin’ beats and catchy melodies along with the other great acts,” said Levin, who is especially ecstatic about seeing Snoop Dogg perform next Sunday. The Fire Department performed last weekend for the 13th annual Concert for the Coast at Anisq’oyo Coast alongside Pacific Dub & Daniel Marley, Victory at Sea and Sloppy Job.  Those who missed out on the Battle of the Bands found another chance to see the Extravaganza bound group perform in the heart of Isla Vista. Those who missed the event are advised to check out the band on their Facebook page for more information about future performances and music samples.

“It was a tough call, but it was obvious that the crowd was deeply entranced during the Fire Department’s set,” said first-year global studies major Darcy Hernandez, who attended Battle of the Bands earlier this year. “There was something about their stage presence and musical style that brought forth really good vibes. I plan on bringing all my friends early to get a front row view of them at Extravaganza next week.”