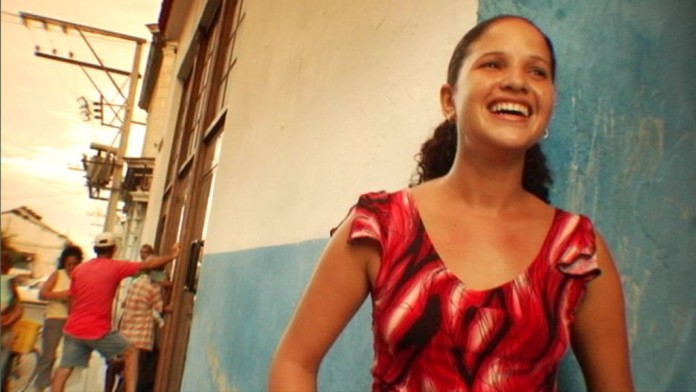 From Celia Cruz to Company Segundo, Cuban artists have always been known for their rich Afro-Salsa flair. Cubans will tell you that dancing salsa is as easy as 1-2-3, but it’s kind of like a rubik’s cube world-record holder telling someone that solving a scrambled cube is easy because it’s just a series of algorithms. It’s just not that simple for the rest of us.

Deeply embedded in the tropical island’s lively culture, La Rueda de Casino, or “El Casino,” is Cuba’s version of salsa dancing. The huge crowd at the 2012 Santa Barbara International Film Festival that came for the sold-out screening of “La Salsa Cubana” on the evening of Feb. 1 got a glimpse of both Cuba and its people’s love of this form of social dancing.

The Spanish-language documentary follows a unique group of dancers from the outskirts of the Guanabacoa neighborhood of Havana who are striving to win the highly prestigious national dance competition. As neighbors who have known each other their entire lives, the characters work together like a family. The film does a great job of capturing the different chemistries of the dancers that come out both during and outside of performance and practice. The film does a good job of telling the story of the dancers’ dual lives. Most of the dancers labor in various occupations by day then drip with sweat at the end of practice each night. One cannot help but cheer them on as suspense and success builds throughout the film. As a Cuban who visited Havana this past winter, I can tell you that Cuban music and dancing is just as vibrant and lively as the documentary makes it seem. Music can constantly be heard from houses, car radios and restaurants, and people of all ages are always seen singing and dancing. Never embarrassed or shy about sharing the music inside of them, Cubans learn to dance from a young age, and love to show off and teach each other their skills at performing El Casino.

One of the most important aspects of the film is its presentation of the history behind El Casino, told by the very people who were involved in its formation. They explained that La Rueda de Casino originated in the 1950s at many different social clubs in Havana, and it soon became popular throughout the island. It is now a common practice to dance El Casino at Quinces, the Cuban equivalent of a Sweet Sixteen. Different dance moves and unique steps have evolved in each province, but the social dance is essentially very similar throughout the country.

El Casino can be most similarly compared to square dancing. Several couples dance together around in a circle, often switching dance partners. As it is a very macho dance form, a male leader who is dancing with the group calls the moves, then the male dancers lead the steps, and the women are expected to follow. In the documentary one sees many different styles, as well as the evolution of new dance moves, from the 1950s to modern Casino.

At the end of the “La Salsa Cubana” screening, the director, Eric Johnson, spoke about the importance of making this film. Johnson said he was inspired to make the documentary because very few movies today touch on the subject of social dance. He added that it had been over 50 years since a film had been made about this type of dance.

“La Salsa Cubana” is an appropriate film for those who like to get up, dance and laugh. It not only showcases a unique world of dancing, but also explores Cuba’s beautiful music, the city of Havana and Cuban culture. The documentary will make most viewers crave for more knowledge on Cuban culture and dancing. For those who want to know a little bit about Cuba from a sociological perspective while learning more about one of the coolest dance forms around, catch a screening of “La Salsa Cubana”.