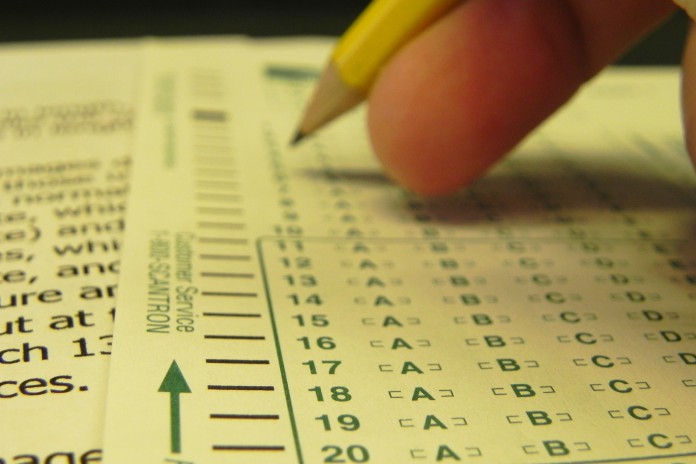 In case you haven’t already heard, studying is so last year. Yup, the cool cats these days are “grade-tampering;” in other words, hacking into computer systems at school and altering their B’s to A’s. Before I even get into how unethical and stupid these kids are, allow me to provide you with some background information.

A group of high school juniors in Palos Verdes, Calif. were arrested Jan. 26 for breaking into school property and changing their grades on their teachers’ computers in addition to stealing tests and selling them to other students before exam dates. They were each enrolled in a fair share of Advanced Placement and honors classes, which baffles administration as to why students with such high potential to succeed would stoop to such a low level. The students altered their grades to A’s, unbeknownst to teachers until a few weeks ago, when they discovered discrepancies in their bookkeeping.

Here is what I do not understand. If you’re going through all the trouble to steal the master key from the janitor’s closet, breaking into classrooms and stealing tests, all while running the risk of getting in some serious trouble, why not just put in a few hours of good, old-fashioned studying? I don’t understand how many AP classes you’re taking; how dumb can you be? If they were hoping to impress universities with their stellar GPA’s- well, they can just forget about all that now. I’m sure they understand it now, how their foolish actions have jeopardized their chances at any respectable university.

However, it’s not only these kids who are under the mistaken impression that they can get away with this kind of behavior. Cheating runs rampant at high schools and universities across the nation. You may even be oblivious to it, but never doubt that someone could be glancing at your paper, during that philosophy midterm, or that calculus final that you studied so hard for. And now someone who didn’t attempt to learn the material as thoroughly as you did gets to reap the benefits by copying your answers. And not only is that unfair for them, but they are also putting you at risk for allowing someone to cheat off you. How is that fair?

In addition, think of the awkward situation you are putting your teachers in.

“It puts me in an uncomfortable situation,” said History 17A Teacher’s Assistant Ruby Smith. “I’ve seen it done during exams, and unfortunately, I have no choice but to report any academic dishonesty to the professor. It’s a shame, but students really need to think twice before they do it.”

The sad thing is, most of the people who do cheat are able to get away with it. Second-year international student Phoebe Jang says she observes it in classrooms all the time.

“Teachers try to regulate it with assigned seating and stuff like that, but it still happens all the time. It’s unfortunate that students are lacking in academic integrity these days,” said Jang.

Cheating comes in various forms- some not necessarily as extreme as grade-tampering. Many sororities currently have “test banks,” where they file all exams for sisters who enroll in the same classes in the future.

Although this isn’t blatant cheating, it is still taking someone else’s work and using it for your benefit.

Come on guys, keep your eyes on your own paper. It’s not rocket science. As for the 12 juniors facing charges for the grade-tampering incidents, well, hopefully they’ve learned their lesson.