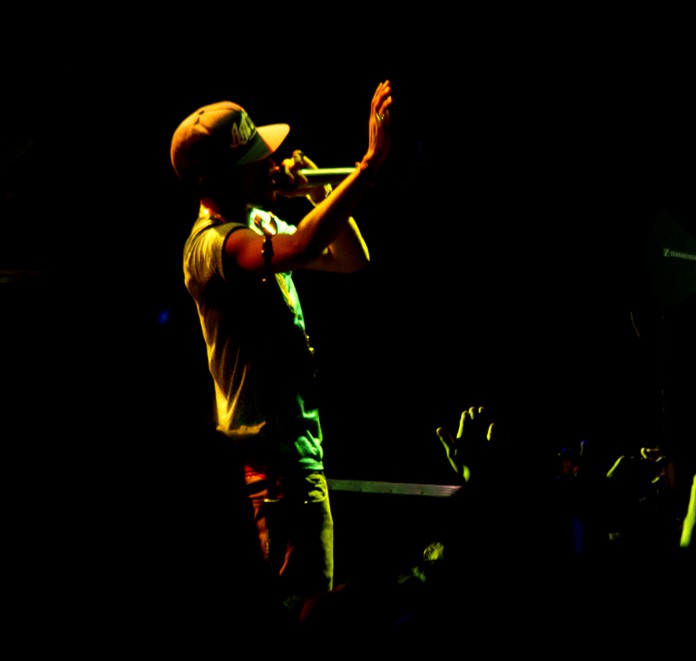 At the September 23rd  “Welcome Back Concert”, held by the AS Program Board for new and returning University of California, Santa Barbara students, I found myself caught by two types of surprise. I was simply amazed by Kill the Noise’s exciting performance, but just as unexpectedly displeased with Big Sean’s performance.

As a graduate student and perpetual TA, watching all of the students jump to the techno beats rendered by DJ master and concert opener Kill the Noise, also known as Jacob Stanczak, made me feel young again. Every time I see undergrads in intoxicated exhilaration it either makes me irritated (because I think, “Oh students, this is why you were all quiet during section!”) or it makes me simply smile in amusement.

This time, I smiled.

My heart was filled with fuzzy, warm amusement, because I was reminded of youthful passion and unbound freedom. At 24, with all the readings and students I have to think of, I have somehow forgotten the feeling of coming into college and just simply enjoying the company of friends at a concert. From the gigantic, collectively sweaty Storke Plaza mosh pit, to the blazing neon lights, down to the bass beats pulsating throughout the concert venue, I felt like I was reliving my crazy undergraduate years all over again.

Kill the Noise, who is named so because his record remixes allegedly shatter everything else that his peers have to offer, knew just how to get the crowd started. It was as if Storke Plaza melded into one gigantic rave movement. You could see the raw interaction of each note that he played on his turntable translate into students’ head bopping reactions.

“(Kill the Noise) played a lot of house and techno songs. I’m from Europe so it’s a little bit of something back home,” said Rutger Fick, a fifth-year bioengineering student exchange student from Germany.

After the set ended, the crowd was so pumped up from Kill the Noise’s reverberating sounds that our expectations for the main talent, Big Sean, instantly multiplied. We got so excited for Big Sean that all I could do for the first few seconds of his performance was scrunch my nose in confusion and ball my fists up in anger. My high expectations went up in smoke immediately.

I could not even comprehend any of the so-called rapping that came from this person’s mouth. Big Sean mumbled out a seemingly alien language. Among the many “songs” that Big Sean performed during the concert was his single, “Bullshitting.” He couldn’t have explained himself better.

“Big Sean was supposed to be tight, but nothing is going on. What’s he doing?” said Shane Osterman, an undeclared freshman.

The main reason that I was highly turned-off by his performance was because of his language and word usage.

Mind you, I am not taking a stab at his grammar. What got me so riled up and infuriated at the ironically named “Big” Sean, who is actually very thin, was the fact that he had all the undergrads chanting, “BITCH, HELL YA!”

He had all the students cheering that phrase, among many others. All of these chants included words that were derogatory and misleading (such as “slut” and “ho”) that are not respectful of women. I did not enjoy the fact that he and his songs perpetuate the idea that women are, “bitch, bitch, ho’s!” We are not and we do not deserve to be called that. It worries me that someone in the public eye promotes such casual misogyny.

So thank you Big Sean, for reminding me to continually work hard and break all these negative perceptions and limitations that some people in society hold of women.

I hope this commentary inspires all of my women readers out there to succeed and work for their dreams. To my male readers out there, I hope you disregard Big Sean’s misconstrued messages, and treat all the women in your lives with good intentions and with sensitivity.

Kill the Noise’s set definitely was fun and memorable, but more importantly, Big Sean’s performance motivates me to say that at the next UCSB concert, I optimistically hope to see performers who actually think about the messages that they give out. I hope AS, granted so much power to shape our school and students’ mindsets, holds true to this responsibility and never forgets it.