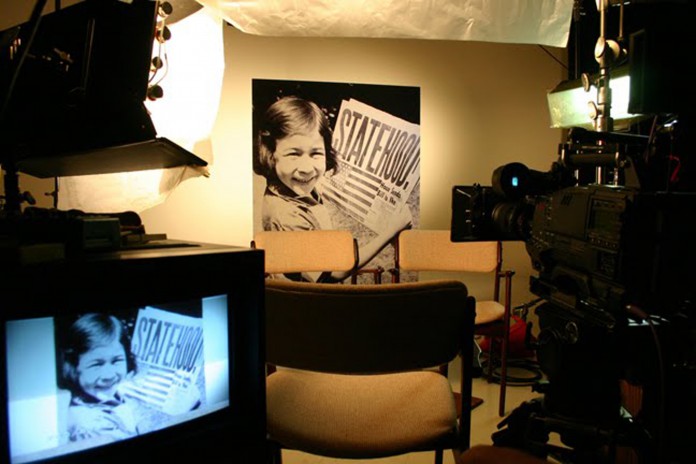 Identity, independence, and self- governance; these principles have long been the ethos that hangs in the humid breeze of one fractured archipelago in the Pacific. These themes best characterize Hawaii as depicted in Anne Misawa’s documentary State of Aloha (2010).

From kingdom, to colony, to state in the Union, the film offers viewers a large look at a small island’s past and present. Screened on Wednesday, February 9 in UC Santa Barbara’s Multi Cultural Center, the film is just one in the MCC’s ongoing “Cup of Culture” series, which offers viewers coffee or tea and a free film.

“I loved it; I’m Hawaiian and even I didn’t know some of the history included in the film,” said UCSB second-year Engineering major Scott Clemens.

State of Aloha brings awareness to viewers regarding the history of a state whose mythology usually conjures little more than images of sandaled tourists and grass-skirted beauties. The film depicts, in great depth, the history of this Pacific island’s induction as the fiftieth and final state in the Union in 1959.

The mainland’s acquisition of this tiny tropic arose out of an evolution of conflict.

Before the United States acquired Hawaii, the Kingdom of Hawaii was an internationally recognized sovereign nation. The Kingdom was quickly being challenged by an imposing United States, and on January 17, 1893, a cou d’etat was led against the Hawaiian Queen, Liliuokalani.

Led by conspirators John L. Stevens and Sanford Dole (cousin to the Dole fruit empire which would need Hawaii’s land to profit from pineapple production), these American businessmen conspired to depose the queen, overthrow the monarchy and seek Hawaii’s annexation to the United States.

Queen Liliuokalani precipitated these actions by trying to promulgate a new constitution, which would have strengthened the power of the monarch relative to a legislation in which Euro-American business elites held disproportionate power.
When 162 sailors and Marines arrived on the USS Boston in Honolulu, Liliuokalani surrendered her throne out of a desire to avoid any collision of armed forces, and perhaps the loss of life for her subjects.

Sanford Dole then erected and governed a provisional government.

“I think it’s sad really, and is just another footnote in the history of U.S. imperialism, at the behest of American business interests”, said UCSB third-year Political Science major Luke Hutter.

Annexation brought increased political power and profits for the Big Five. The five largest sugar cane processing corporations that controlled 90 percent of the sugar business were no longer subjected to import tariffs, making for a more profitable business.
Through interweaving archival footage and interviews, Misawa’s film lends a generous hand in connecting this history to Hawaii’s admission of statehood in 1959 and even up to today, after the fiftieth anniversary.

One of the pushes for Hawaiian statehood came from the desire to receive federal funding for public education and infrastructure. As a territory, Hawaii did not have access to funding for these improvements.

But at what cost culturally and socially did this transition come with?

Misawa, who is a Professor of Film Production at the University of Hawaii, embarked on this student-assisted project in 2004 in order to finish by 2009 for Hawaii’s fiftieth anniversary of receiving statehood.

“Hawaii is one of the few states where sovereignty is still a current dialogue,” said Misawa. “There’s also the Akaka Bill in Congress which grants Native Hawaiians federal recognition similar to an Indian tribe”.

Misawa’s State of Aloha captures the history and transformations Hawaii has gone through by preserving its stories and traditions for future audiences.