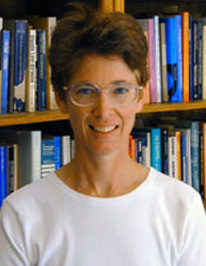 Get to know more about your favorite UCSB professors in our new segment Professors in Profile. In our first segment, we caught up with Department of English Professor Patricia Fumerton, who recently taught a class on Early Shakespeare in Girvetz Hall, and asked her some fun and factual questions.

TBL: Anything in particular that you’d like people to know about?
“That professors are extremely young at heart. Professors should be, because if they’re not then they can’t reach their students. Which is why I read that whole Twilight vampire series. My students said ‘You gotta read it.’”

TBL: Did you like the Twilight series?
“It was a gas! It was so corny, but still fun and extremely entertaining. And the movie was the same thing.”

TBL: Do you think having a daughter in high school gives you helpful insight when it comes to dealing with students?
“Yes! Tremendously! I think I understand the way they find Shakespeare more challenging than I thought. I’ve tried now to sort of more explain basics and talk to them like I would talk to her. And I don’t yell at them!”

TBL: What do you think about the state of the U.S. education system? Do you think it needs reform?
“It’s tragic, and in California it’s disastrous. The public needs to invest economically and emotionally in education.”

TBL: What was the experience like, writing a textbook?
“Arduous! It’s arduous first, it’s exciting next, and then exhausting after, and then it’s a relief when it’s published! And it comes in that order!”

TBL: Do you have any pets?
“Yes, two cats! Pepper is totally terrified of everybody but loves me obsessively. I mean he literally comes down, if I stay up late working, he comes down to get me to go to bed with him. He’ll come in, ‘Meow, meow’, and he doesn’t want food, he wants me to literally go to bed so he can lie on me which he does all night and I keep pushing him off, but he gets back on me when I fall asleep!”

TBL: Any upcoming titles that you are working on?
“There’s the English Broadside Ballad Archive, and then I’m writing a book on one ballad that’s called ‘The Lady in the Blackamoor,’ and its interesting because I have instances of the story being told as if it really happened, and it never really happened, and it [the story] even crosses the Atlantic. It’s really cool.”

TBL: If you could say one thing to your students?
“Be passionate, and be hard working”

Patricia Fumerton is a Professor in the English Department at the University of California, Santa Barbara, where she has taught since 1987. She received her Ph.D. from Stanford University in 1981, and has also taught at the University of Wisconsin at Madison, and at Yale University. She is currently directing the digitizing of all early English broadside ballads as part of the Early Modern Center’s English Broadside Ballads Archive (EBBA). (http://www.english.ucsb.edu/)