About a year and a half ago, Isla Vista saw a boom in the boba business. Isla Vistans rejoiced at the thought of authentic boba with the openings of Ice Milk Company and Wake Cup. Earlier this year, the additions of Hiwi Tropical Fusion and Lao Wang gave further hope that authentic Asian food could be a reality in I.V.

And it seems that the wave of Asian fusion food confusion isn’t over quite yet. Two new poke places have opened in Isla Vista, each trying to fulfill a unique niche.

The mixing of food across different cultures, especially Asian, has been on the rise in the last decade. The Kogi taco truck, which combines Korean and Mexican cuisine, can arguably be a major catalyst for this trend.

There are some key similarities and differences between the two restaurants, especially in the names. It’s true both serve fresh tuna on rice. However, PokiRito suggests a fusion of Hawaiian and Mexican food, while PokeCeviche draws influence from Hawaii and Latin America. Both are types of marinated seafood. Poke is usually marinated in shoyu, or japanese soy sauce. Ceviche is marinated in lime or lemon juice, allowing it to cure and become a “cooked” texture.

PokiRito offers the more conventional take on Asian fusion: a choice of a poke bowl or a poke burrito. One game changer is the opportunity to add avocado to your bowl without extra charge. Crushed hot cheetos, which were created by a Mexican-American, are also available to top off your dish.

For those who are not poke traditionalists, Hawaiian non-fish options are plentiful, including Kalua pork, teriyaki chicken, and spam.

On the other hand, PokeCeviche fusion dishes include ceviche tostada, poke tacos, and loaded nachos. Their inspiration leans more towards Latin and Central America, with four types of ceviche available.

Regardless of where you go, the setup of each restaurant is the same: you go down the line and choose what toppings you want while watching your food get made in front of your eyes.

At both places, I opted to get ahi tuna and white rice, which make up a traditional Hawaiian poke bowl. From there, I built a bowl with whatever options I saw available.

The best way to describe PokiRito is delicate yet playful. In addition to the ahi tuna, I got the ahi shoyu, and scallops. Almost all of my toppings were fresh, raw, and thoughtfully cut. Everything was cut into bite sized pieces to allow for a balanced spoonful of food each time.

“I concern on the quality of fish a lot,” said PokiRito owner Oak Rujipahan. He claimed that his fish is the same grade and quality as sushi restaurants; the prices are lower because there’s no need for a professional sushi chef.

I thoroughly enjoyed every bite of my poke bowl. It was visually stunning, with the vibrant colors of the ingredients on my plate emulating a painter’s palette. The bright yellow corn, calming green seaweed, and eye-catching orange carrots contrasted against the striking red ahi tuna on a base of white rice.

The play between the crunchy, yet slightly sweet vegetables and the salty subtlety of the shoyu balanced out well with the rice. The crunchy toppings gave just enough bite to bring everything together. I highly recommend the ahi shoyu, which is tuna marinated in shoyu — it’s similar to traditional poke, which is marinated in advance.

“I want [customers] happy. It’s a big thing for me,” Rujipahan said. “I promise myself, I don’t want to make them [disappointed]. I want them happy every time they come here.”

Rujipahan’s passion shows in both the quality of his poke, but also his business model. Just about every person we saw was greeted as soon as they waltzed in the door. His friendly staff took time to explain every step and were more than eager to help out with recommendations.

Meanwhile, PokeCeviche offered a completely different poke experience. “There are a lot of new poke concepts, so we looked around to see what makes sense to combine it with poke, to kind of differentiate the concept a little,” PokeCeviche owner Andy Kuan said. “Ceviche just really made sense.”

With my ahi tuna, I got the spicy fish ceviche and scallop ceviche over a bed of matcha white rice, which didn’t have any trace of matcha. The rice was also very sticky in some parts and didn’t complement the fish very well. Additionally, the crab salad was a little lackluster and dense.

However, the ceviche was vivacious. The spicy fish ceviche was tangy with a kick of spice; the marinade trickled into the rice below, allowing for a mixing of flavors. On its own, the fish can be a little overwhelming with the powerful flavors. Combined with the toppings available and rice, it becomes a more balanced and appetizing dish.

“I think we focus a little more on macro nutrients,” Kuan said when asked about what sets PokeCeviche apart. “Right now we’re in the process of getting all the items analyzed by [a] nutrition company and pretty soon when people come here, they’ll be able to go on their phone and know exactly what they ate for the day, so it fits their diet.”

My photographer noted that PokeCeviche was more savory and felt a little heavier. I agree — PokiRito left me feeling full but not bloated; it felt light and refreshing.

Though the restaurants are not related whatsoever, it’s inevitable that they will be compared against each other. Their relationship seems more like siblings. Each comes from the same family but have unique and colorful personalities. PokiRito is the older sibling that pays homage to its roots and leads by example. PokeCeviche is reminiscent of the bolder younger sibling that takes risks with innovative ideas.

Both are welcome additions to Isla Vista, helping to diffuse the Asian fusion food confusion. As Kuan puts it, “[Poke] combines protein with your produce, and you get something more refreshing.”

PokiRito is located at 6530 Seville Rd. PokeCeviche can be found at 901 Embarcadero del Mar. 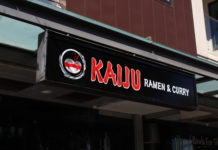 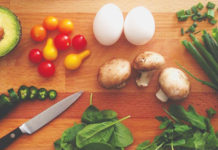 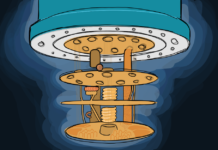