President Donald Trump once again continues his purging of protests, especially against actions he deems anti-patriotic or un-American. On Twitter, he publicly denounced “NFL [players] who disrespect our flag” during the National Anthem before sporting events as “sons of bitches,” exacerbating the marginalization of these primarily African American communities.

The problem with this, however, is that these athletes are not condemning the flag, military, or the country. Colin Kaepernick, the San Francisco 49ers quarterback who is regarded as the catalyst for these types of protests, even went on record to say what his true intentions are. “You have a badge, yes. You’re supposed to be protecting us, not murdering us, and that’s what the issue really is and we need to change that.”

These protests are trying to spark nationwide attention in regard to what the athletes deem as systematically unequal treatment of African Americans, whether it be political inequality or law enforcement mistreatment. Others are standing — or in this instance, kneeling or raising a fist — in support for the movement and fellow teammates.

The greater problem here, however, is how the president is handling these remarks. Trump first felt victimized when members affiliated with the Golden State Warriors announced they would forego the visit to the White House this year, a longstanding tradition that NBA champions normally partake in. He rebutted by revoking the invitation in an extremely childish way; after Stephen Curry had already announced the Golden State Warriors would not visit the White House, Trump tweeted, “going to the White House is considered a great honor for a championship team. Stephen Curry is hesitating, therefore invitation is withdrawn!” The fact that Trump takes such great offense and airs his grievances on his official platform for public communication — with spacing errors, no less — shows how immature and mentally insecure Trump is when confronting adversity.

Compared to actual pressing world issues, Trump continues to place an inordinate amount of emphasis on trivial matters. Instead of diverting his full attention to international matters like tensions with North Korea or domestic issues such as backlash from his decision to repeal DACA, Trump responds to criticism by mindlessly attacking those who criticize him. Feeling victimized and retaliating like a child will in no way “Make America Great Again.”

In the grand scheme of things, considering all the pressing world events circulating around, what an athlete thinks of Trump’s tenure as president is a side issue at best. The leader of the free world should not be concerned whether or not a basketball player will come to shake his hand. He supposedly has far more pressing matters to deal with.

The world of sports and the world of politics should be separate spheres with very little-to-no overlap, anyways. Echoed by the analysts on ESPN’s show “Pardon the Interruption,” New England Patriots owner Robert Kraft was quoted in the Washington Post saying, “there is no greater unifier in this country than sports and, unfortunately, nothing more divisive than politics.” Trump has turned sports political by taunting athletes for expressing their legitimate political beliefs. He has further ignored the responsibilities of his position by pursuing petty grievances. Future presidents should watch closely and pick their battles in the actual best interests of the American people. 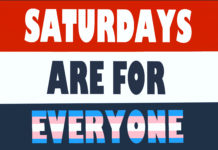 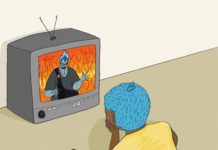 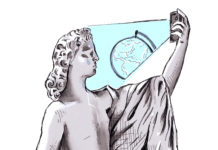