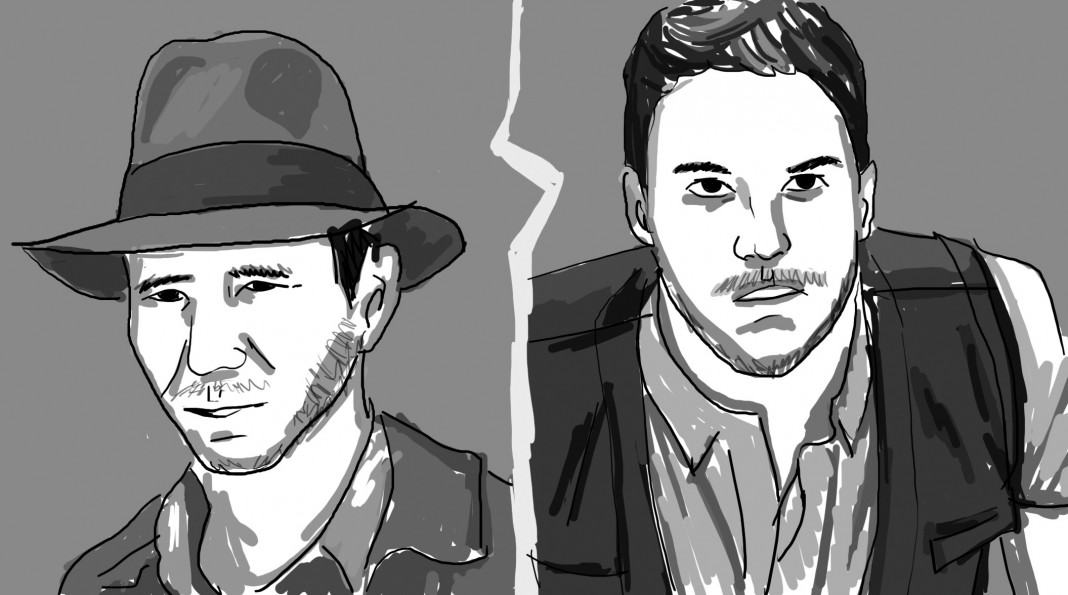 The Walt Disney Company purchased Lucasfilm in 2012 for approximately $4 billion. With this acquisition, Disney has gotten a hold of two of the worlds most profitable movie franchises: Star Wars and Indiana Jones. With the newest film in the Star Wars franchise set to be released later this year, speculation about a new Indiana Jones has been running rampant.

The most recent rumor suggested Chris Pratt would be replacing Harrison Ford as the next Indiana Jones. While the producers of the franchise have denied the casting of Pratt, they have not denied the idea of a franchise reboot. In fact, they seem keen on it. Reboots have become increasingly popular in recent years. The average college student is roughly twenty years old, which means that in their lifetimes they have already seen (in live action films) four actors play Batman, two actors play Superman, and by 2016, would have seen three actors play Spiderman. Recasting of iconic characters, though common, is always unwelcome for fear that it could ruin the originals’ legacy (see Jason Mamoa as Conan the Barbarian).

Harrison Ford immortalized Indiana Jones; his portrayal of the icon has become embedded in pop culture history. The reason for the series’ success is often attributed to Ford’s portrayal of Jones, so for anyone else to handle the role would be considered blasphemous. Luckily, the makers of the film have confirmed that they aren’t looking to recast the character of Jones, but to find him a successor.

The Mad Max reboot was handled in a similar manner. Mad Max: Fury Road did not focus on Max, but on a new character, Furiosa. Although, the same formula of finding a successor may not work as well for Indiana Jones, as Jones has become a far more iconic character than Max. While the focus of the Mad Max franchise has been the post apocalyptic dystopia that they live in, the focus of the Indiana Jones franchise is the man himself. Producer Frank Marshall said, “We haven’t even sat down to talk about Indy yet … at some point we’ll sit down. But there’s a bunch of people who could probably take the baton.”

Fortunately, the original Indiana Jones team of Steven Spielberg and George Lucas would also be responsible for the series reboot, meaning we could see another success like Mad Max: Fury Road. The success of George Miller’s recent Mad Max reboot could be credited to the fact that it was the original Mad Max team working on the new film. The same genius that envisioned the original would be in charge of the revamp.

Unfortunately, the original geniuses Spielberg and Lucas were also responsible for the latest Jones film, Indiana Jones and the Kingdom of the Crystal Skull. Although the film made a profit at the box office, the status of the franchise had been tainted. Unlike the original films, which were made due to the creative ambitions of the filmmakers, the newer films were made with the intent to cash in on its predecessors’ success. In the process, they ruined the series’ reputation. Similarly, Joel Schumacher’s Batman films, in an effort to exploit the popularity of the character, stained the reputation of the franchise started by Tim Burton. With Schumacher’s Batman and Robin, Clooney (and his bat-nipples) destroyed the integrity of the Batman character.

The new Indiana Jones film is in demand, but unless a quality story can be produced the value of the franchise will be diluted. There was much demand for a new film in Christopher Nolan’s Dark Knight trilogy, but he felt it best to leave the trilogy untouched and avoid harming its legacy. Spielberg and Lucas should learn from Nolan’s example, before they decide to produce another subpar Indiana Jones film. Sometimes you’ve got to know when its time to leave the party, and someone should inform them that this time has come and gone for Indiana Jones. Unlike any actor who played James Bond, Ford is too popular an actor to be recast, and unlike Mad Max, Indiana Jones is too iconic to have a successor. It’s best to leave the legacy untouched; the world does not need another Indiana Jones film.