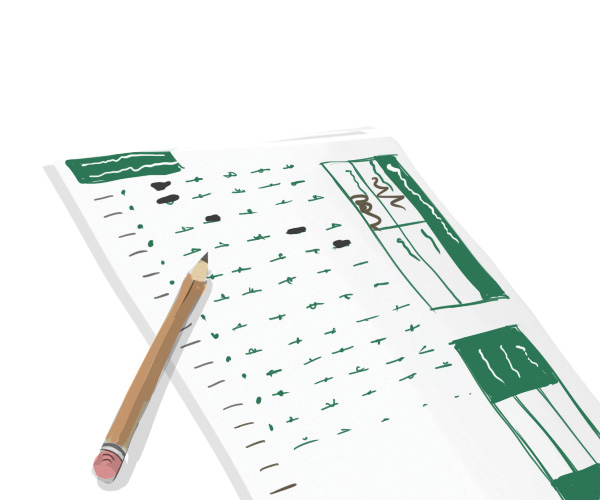 Our generation is a unique one: most of us aren’t old enough to identify with the ’90s kids, but we aren’t really considered “millennials” either. We’re in this middle ground, where a lot of transitions and changes have taken place, like LGBT rights and general equality. One change that we were a part of, and that only we should be a part of, is standardized testing.

We’re all familiar with the old phrases: “Bubble in your name and ID number,” “Do not look ahead in your booklet,” “You will have 50 minutes to complete this section,” “Good luck, you may begin.” These words are repeated year after year, all because of the “No Child Left Behind” (NCLB) act in 2001, whose goal was to improve the academic standing of students.

For those who are unfamiliar with the workings of NCLB, it incentivizes public schools into taking a standardized test in order to receive funding. Furthermore, each successive year must do better than the previous year, and schools that fail to meet this improvement quota are punished. One year of failure is allowed to slip by, but the fifth consecutive year can warrant punishments up to a complete overhaul or closure of the school. Essentially, schools are being bullied into improving their performance.

NCLB was an act with good intentions, but by trying too hard it broke itself and succumbed to Campbell’s Law, which states that the more that a single test is deemed important and used to examine social trends, the more that test will be corrupted and less effective at doing its job. NCLB tests had extreme punishments on the schools, ridiculous goals and a narrow focus. Because of this, students actually learned less than what they were in the past. Instead, we’re taught how to solve X problems in Y manner when asked in Z way, and we’re never showed how to think about problems asked in a different format than the aforementioned.

I was speaking with one of my friends who’s currently in high school, and she mentioned that her psychology teacher often has to skip over some really interesting topics and pass up immersive activities, simply because it wouldn’t help her class pass the AP exam. At this point, it’s less about NCLB and more about standardized testing as a whole. The amount of time dedicated to testing is ridiculous, and hammering “useful” information into students by force eliminates people’s desire to learn.

As a college freshman, I have no shame in admitting that I am not an adult. I am just a very large child. At no point did any of my schooling teach me how to function in society, so I and numerous others will be walking in blind when it comes time to buy a house. Maybe I’m just being picky, but perhaps more emphasis should be placed on how to function in our society.

Which reminds me of the bigger factor left out of learning: the human aspect. There are no mandatory cooking classes or etiquette lessons and no moral development. These little things are treated as extras, things that can be considered optional whereas the Pythagorean Theorem isn’t. Everyone can tell you how they dissected a frog in high school, but finding someone who knows where money comes from and how it flows is much harder.

It genuinely worries me that, because we’re so scared of not passing these standardized tests, we may well be devolving into nothing more than answering machines made of flesh and complaints. There aren’t nearly as many human beings as there are human “existings.” Is there a way to solve this? Yes. There has to be a way to remedy the lack of creativity that standardized testing accidentally caused. Do I know what that way is? No.

But I do know mitochondria is the powerhouse of the cell.