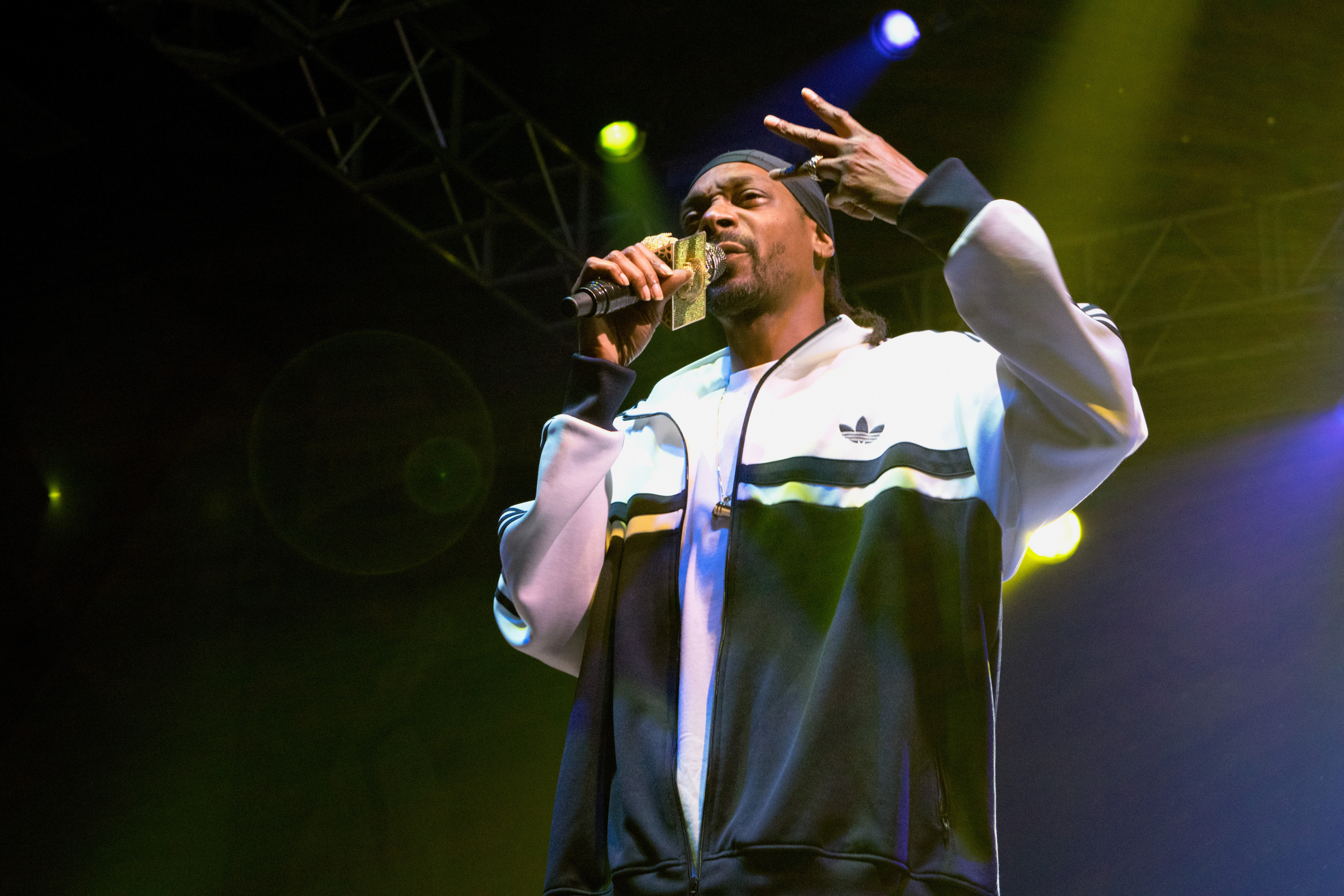 Snoop Dogg is one of the most illustrious characters in the music industry, a lovable rapper who is equal parts gangster and teddy bear. With a career spanning over 20 years, he has established himself as hip-hop royalty. Snoop has a reputation for bringing life to the party, which was exactly the case on Halloween night when he performed exclusively for UCSB students at the Thunderdome for the second night of Delirium.

The turnout for Snoop Dogg was outrageously massive. Students, many of whom already waited in line for hours to get their tickets for the event, proceeded to wait again in another mile-long line — extending past Pardall tunnel — to enter the Thunderdome. Once inside, the extremely zealous crowd repeatedly broke into the ubiquitous “Olè!” chant in true Gaucho manner in anticipation for Snoop. Eventually, the crowd’s patience wore thin and they became edgy.

The opening act, a trap music group named Watch The Duck, managed to temporarily calm the restless crowd with their soulful trance inducing performance, but as soon as they finished the crowd grew impatient once again. When Snoop was still M.I.A despite the hyped introduction, the crowd went livid and began booing. Finally, at 11:30 PM, Snoop Dogg appeared on stage and everything was alright again.

Despite his tardiness, Snoop’s presence immediately pacified the rowdy crowd. Snoop, true to his reputation of being hip-hop’s most adorable chap, came onto stage adorning a pug mask as an old Tupac song blared across the Thunderdome. The set list for the show did not have any new material from his most recent album Bush; instead, it consisted entirely of older crowd pleasers (they’re called that for a reason) from the ’90s, 2000s, and some from the early 2010s. The music from the ’90s, including the massive hits “Gin and Juice” and “Who am I?” from his debut album Doggystyle, and House of Pain’s “Jump Around” had the entire crowd chanting at their feet.

Despite the songs predating the lives of most students, there was a great number of people who were able to recite each verse perfectly. The most engaging ’90s moments of the night were his odes to his deceased colleagues Tupac and Notorious B.I.G. that had the entire crowd enthusiastically celebrating the legacies of the rap legends, as they recited chanted the hooks from “Hypnotize” and “2 of Amerikah’s Most Wanted.”

His music from the 2000s provided an atmosphere of welcomed nostalgia that would take most college students back to their pre-teen years. Snoop had the whole stadium chanting every word from these contemporary anthems, including “I Wanna Love You” (the explicit version), “P.I.M.P,” “That’s That” and his magnum opus “Drop It Like It’s Hot.” He even serenaded the women in the audience with his verse from Katy Perry’s “California Gurls.” He closed his set with the anthemic “Young, Wild, and Free,” which yet again had the entire stadium chanting the chorus in unison.

replica watches is considered the ceo of this watch world.Before leaving the stage, Snoop promised the crowd he would be back at UCSB (an announcement that had the crowd satisfied) and then briefly articulated his stance on marijuana usage. He then proceeded to once again place the pug mask over his face, and dance to Bob Marley’s “Jamming.” Snoop Dogg and his music have become symbolic of a certain California culture, and his love affair with his home state was visible in every second of his performance (he opened with Tupac’s “California Love”). Snoop Dogg’s performance was groovy, soulful, flashy but mellow at the same time, making it a truly care free Californian experience. Snoop Dogg left the arena satisfied, making this performance worth the wait.