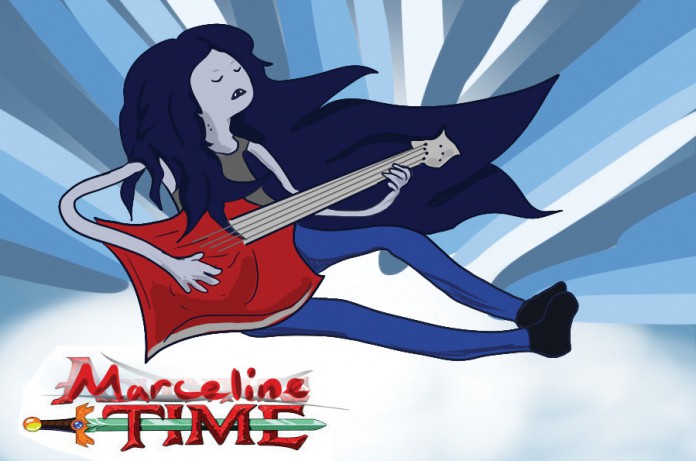 How many times have you watched a TV show or a movie, or even read a book, and fallen in love with one of the minor characters? Neville Longbottom from the Harry Potter franchise, Minerva Paradizo from Artemis Fowl and even one-episode characters from Star Trek: The Next Generation — some characters just never get the spotlight they deserve.

At first glance, it seems to be no different than Frasier or The Flash, both of which are fully-fledged series that spawned from a parent show (Cheers and Arrow, respectively). However, Stakes is different in that it’s only 8 episodes long and has a definite end goal in mind. Where other spin-offs can be renewed and given new plots to work with, creators can only build so much backstory for a character.

Commercially, miniseries like these are very efficient, as they are almost guaranteed to bring in viewers (as long as the character being expanded upon is well-liked), and they are arguably cheaper to produce than an entirely new show. On the other hand, not everyone has the same opinion on a character. Where there are avid fans of Marceline, so too are there people who hate her with a passion, so the Adventure Time fan-base could potentially see a small rift form with the creation of Stakes.

Despite this, it’s entirely possible that this miniseries idea can be applied to other Adventure Time characters, delving into the backstories behind other minor and even major characters. So long as the producers choose beloved characters and create satisfying stories, then the possibilities are limited only by the number of characters that exist on the show. It’s an entirely feasible way to prolong the lifespan of a series.

Adventure Time isn’t the only series that could take advantage of miniseries either. Pretty much anything, be it a standalone title like Ex Machina, a movie series like the Star Wars films or other TV shows can find a reason to use a miniseries to expand upon a character.

Eventually all TV shows end, but perhaps in a last-ditch attempt to rekindle interest in the show, the creators might tell the story behind some of its more mysterious characters, shining some light on old dark spots but creating more questions that can only be answered by watching the original series. These miniseries don’t have to be about backstories either. Rather than looking into a character’s past, a miniseries could be detail the character’s life after the end of a series, setting itself up for a reboot or even a sequel.

So what does this all mean for the beloved Vampire Queen and her host series Adventure Time? Well, the general consensus is that people love Marceline. For one reason or another, she’s rubbed the majority of viewers the right way, and she’s had just enough screen time for people to develop an interest but not enough to be satisfied. If done right, Stakes will be satisfying for everyone: profitable for the creators, enjoyable for the viewers and, if it’s anything similar to Adventure Time, we can all expect something captivating hitting the screen in due time.